Erdogan stressed to Rouhani it is important to stand at a point that distinguishes right and wrong, as well as occupied and occupying sides in Katabakh issue 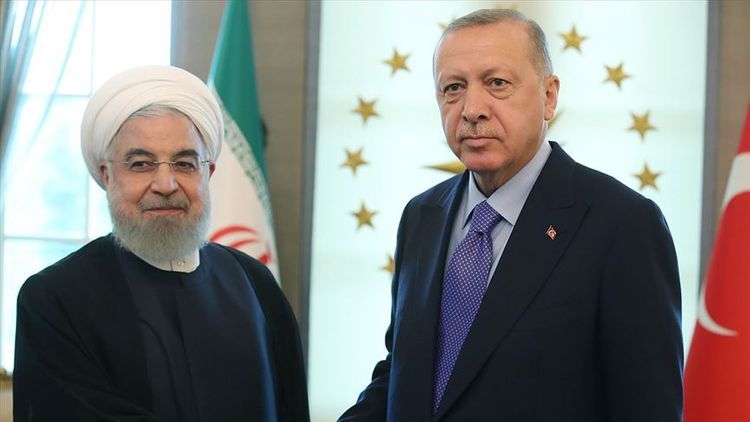 The Turkish president on Thursday spoke to his Iranian counterpart over the phone to discuss the Armenia-Azerbaijan conflict over Nagorno Karabakh, APA reports citing Anadolu Agency.

Recep Tayyip Erdogan and Hassan Rouhani also exchanged views on developing the Turkey-Iran relations and strengthening the cooperation in fighting terrorism, Azerbaijani-Armenian issue the Directorate of Communications said in a statement.

Erdogan emphasized that the attacks of Armenia -- which started a crisis with its occupation of and attacks on Azerbaijani territories -- against the civilian population are "war crimes," the statement said.

He also stressed that it is important to stand at a point that distinguishes right and wrong, as well as occupied and occupying sides in this issue.