Erdogan: "Co-chairs who did not resolve the conflict now give advice" 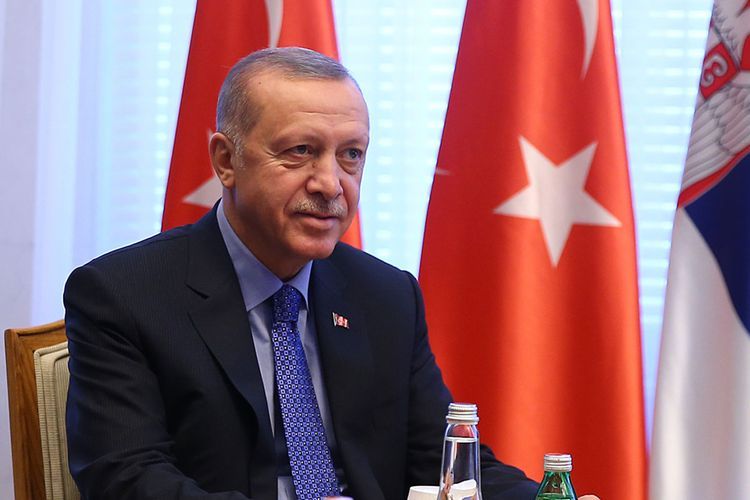 "The co-chairs of the OSCE Minsk Group have not resolved the Nagorno-Karabakh conflict for about 30 years and are doing their best not to do so,"  Turkish President Recep Tayyip Erdogan said, APA reports.

"Now they give advice, and from time to time they threaten. "Is there a Turkish soldier there?", "Is Turkey sending weapons there?" They say they are carrying thousands of trucks to northern Syria. Look at this mind, logic ?! It seems that the President of Azerbaijan Ilham Aliyev must be held accountable. The occupied lands belong to Azerbaijan. You have all accepted it, "Erdogan said.