Erdogan: “I warn those who support the bandit Armenian state that they will be accounted before humanity” 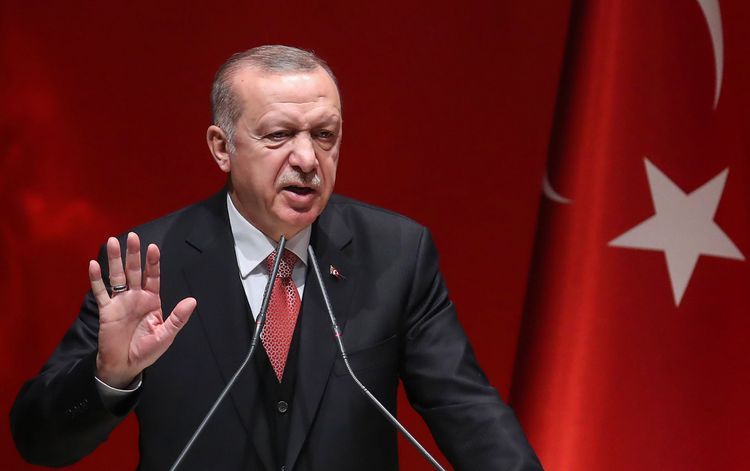 “The way to sustainable peace in this region is through the withdraw of Armenia from every inch of occupied Azerbaijani lands,” Turkish President Recep Tayyip Erdogan said at the opening of the autumn session of the Turkish Grand National Assembly (TBMM), APA's Turkish bureau reports.

"Putting everything aside and trying to slander Turkey will not save the Armenian government. I warn those who support this bandit state that they will be held accountable before the conscience of mankind. May my Allah be the bless and protect of our Azerbaijani brothers!" Erdogan said.