Ex-Turkish Ambassador to Baku Hulusi Kilic: Azerbaijan's victory will lead to the revival of the entire region 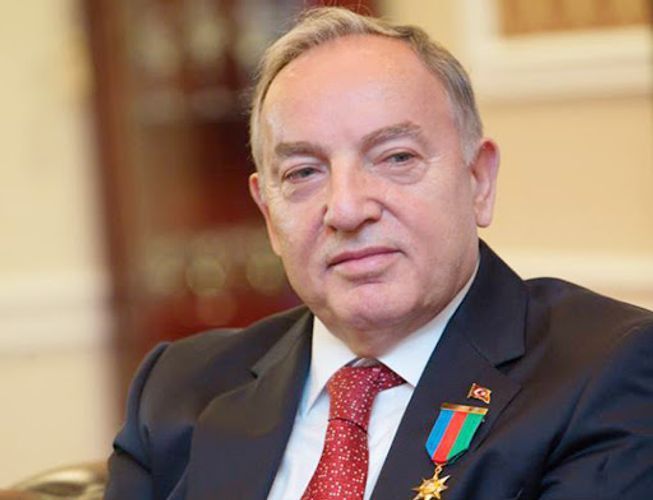 “All the attention of Turkey these days is riveted on the war in Karabakh. All thoughts and attention of our officials, deputies, political parties, television, press, non-governmental organizations and our society as a whole at this moment are connected with Azerbaijan," former Turkish ambassador to Azerbaijan Hulusi Kilic said, APA's local bureau reports.

H. Kilich noted that relations between the two fraternal countries have intensified even more after Armenia's attack on the border Tovuz region of Azerbaijan on July 12 this year.

The diplomat noted that the inseparable ties between Turkey and Azerbaijan have a historical past: “The Ottoman state, weakened by the First World War, received special support from the Azerbaijani Turks in Canakkale in 1915. Thousands of Azerbaijanis became martyrs in the battle for Canakkala, a monument was erected there in their honor.

After the creation of an independent Azerbaijani state in 1918, Armenia, which dreamed of a "great Armenia", put forward territorial claims to Azerbaijan. Many regions of Azerbaijan, including Baku, are seized by the Dashnaks, massacres are being committed. Azerbaijan asks for support from the Ottoman state. The Ottoman state highly appreciated the support in the recent past and the Caucasian Islamic Army with 7 thousand fighters is being formed, which, under the command of Nuri Pasha, liberates Baku from the Dashnaks and Bolsheviks.

In addition, the merit of the Azerbaijani Turks is also in the victory in Sakarya in 1921. It would be very good if Azerbaijani and Turkish youth study these historical facts well.

When Azerbaijan gained independence in 1991, Turkey was the first country to recognize it. In 1999, the late Heydar Aliyev faced serious pressure over the Baku-Tbilisi-Ceyhan oil pipeline project, delivering Azerbaijani oil from the Caspian Sea to the Turkish port of Ceyhan, but signed the project. In 2003, when Ilham Aliyev came to power, he continued the forward-looking policies and projects of his late father. An example of this is the construction of the Baku-Tbilisi-Kars railway line. Azerbaijan has invested about $ 20 billion in Turkey. When the Turkic Council was established in 2009, Turkey set out on this path together with Azerbaijan, and then other Turkic states joined this union. Naturally, projects that strengthen Azerbaijan and Turkey are of concern only to those countries in the region that are pursuing their own benefit. "

H. Kilich noted that the further strengthening of the solidarity, unity of Azerbaijan and Turkey irritates not only the countries of the region, but also the imperialist forces, which use the impoverished provocative Armenia as a tool in this matter: “Armenia has always existed with its provocations, which have always been used by the imperialist forces ... At present, in particular, thanks to the support and joint military exercises with Turkey, Azerbaijan has a powerful army. Azerbaijan has been trying for 30 years to solve this problem through dialogue. However, the member states of the OSCE Minsk Group, the USA, Russia, France, where the Armenian diaspora is the strongest, have not yet resolved the Karabakh problem. The course of events also shows that Azerbaijan will respond to the unjust attacks by Armenia and return the historical lands under occupation. Turkey and Azerbaijan were close to each other in the most difficult moments. That is, we mutually strive for each other. Therefore, in this matter, Turkey with heart and soul is next to Azerbaijan. I am confident that Azerbaijan will win this fair fight. This will be a victory not only for Azerbaijan, but also for the states of the region, and the Armenian people will get rid of poverty. Azerbaijan's victory will lead to the revival of the entire region. "