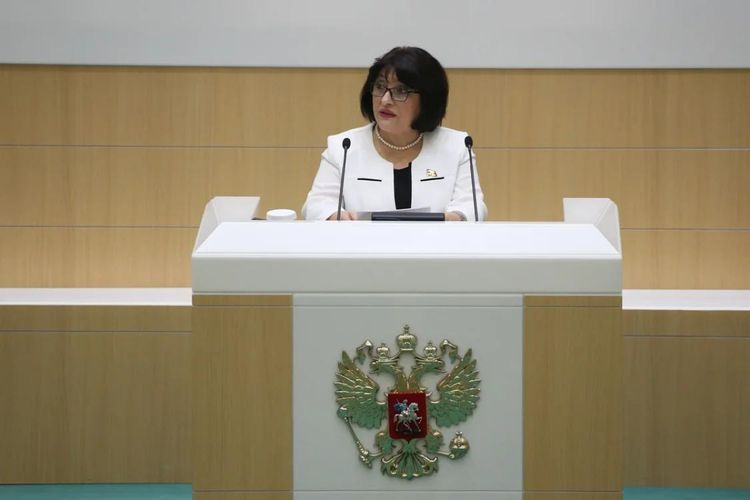 Chairperson of Azerbaijani Parliament Sahiba Gafarova talked about the Nagorno Garabagh conflict while delivering a speech at the Federation Council of the Federal Assembly of the Russian Federation, press service of the Parliament told APA.

Sahiba Gafarova said that the Nagorno-Karabakh conflict, which is our most place, cannot be ignored: “As a result of this conflict, one-fifths part of Azerbaijan, including Nagorno Garabagh region and seven adjacent regions were occupied. I would like to brief about the history of Nagorno Garabagh so that the participants here have an objective and complete picture of the conflict. On May 14, 1805, the Kurakchay Treaty on the transfer of the Karabakh khanate to Russian rule was signed in the Kurakchay settlement near the city of Ganja, Azerbaijan. The Treaty was signed between Ibrahim Khan, Khan of Karabakh, and Pavel Sisianov, representative of the Russian Emperor.”

In 1921, the Caucasus Bureau of the Bolshevik Party adopted a decision on the maintenance of Nagorno Garabagh as a part of Azerbaijan. Pay attention, not about “hand over” as some fraudulent Armenian resources claimed unreasonably, but “maintain”.

In 1923, the Soviet Socialist Republic of Azerbaijan adopted a decree on the establishment of the Nagorno Garabagh Autonomous region within Azerbaijan. It should be noted regretfully that Armenia has never given up on attempts to seize Nagorno Garabagh. In the 80s of the XX century, it again happened. During that time hundreds of thousands of Azerbaijanis who had lived in their historical lands for centuries were expelled from Armenia, 700 thousand ethnic Azerbaijanis were expelled from their permanent residences in Nagorno Garabagh and 7 surrounding districts. As a result of ethnic cleansing, peaceful civilians gave numerous sacrifices and the demographic situation was illegally changed in the occupied territories despite modern international humanitarian law.”