Fakhraddin Altun: "We have shown that we will not allow such an occupation again" 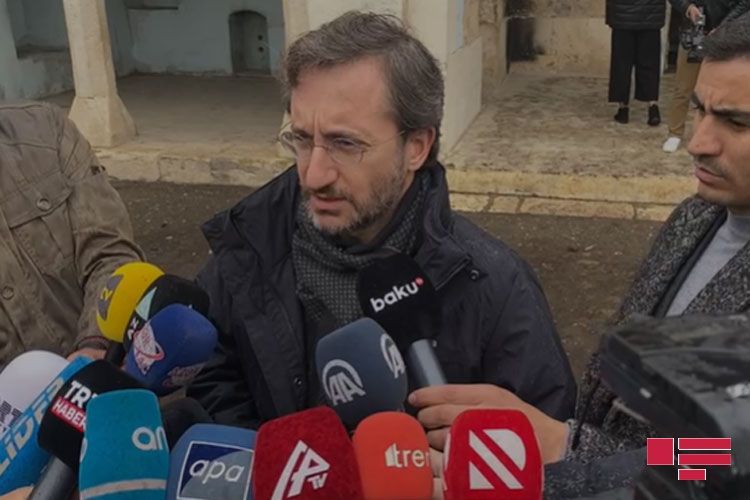 "Azerbaijan, the real owner of these territories, liberated the lands from occupation," Fakhraddin Altun, chairman of the Communications Department of the Presidential Administration of the Republic of Turkey, told journalists after visiting the Agdam Juma Mosque, APA reports.

Fakhraddin Altun said that 1 million Azerbaijanis will return to these lands: “These territories will be restored.  Turkey will take an active part in the restoration of these territories with public and private institutions.  During his visit to Baku, Turkish President Recep Tayyip Erdogan said that we want to be the doves of peace in the region.  At the same time, as the main players in the region, we have shown that we will not allow such an occupation again.

The chairman of the Communications Department of the Presidential Administration of the Republic of Turkey stressed that the liberated lands will be redeveloped: “Aghdam, Shusha and other liberated territories will be restored, developed and become one of the world's centers of attraction.  We are with our Azerbaijani brothers with all our strength in this direction.  Hopefully, together we will ensure the restoration and development of these areas. "