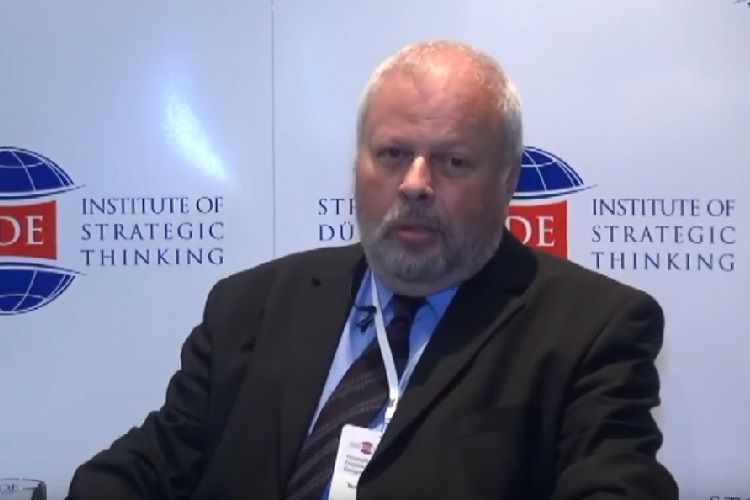 He said that the artificially changing ethnic composition of the occupied region of Azerbaijan Nagorno Garabagh is contrary to international law and Armenia has been pursuing the policy since the first years of the occupation: "Armenia’s efforts to artificially change ethnic composition on the occupied Azerbaijani lands are contradictory to international law. No matter how much Armenians talk about the so-called Artsakh Republic, everybody knows well that this region is the Azerbaijani territory occupied by Armenia. Armenia’s efforts to artificially change the ethnic landscape in this region is not a new occurrence. In fact, Armenia started this process by expelling the Azerbaijani population from this region at the very beginning of the occupation. The Armenian government making efforts for the relocation of Armenians from Lebanon and Syria to the occupied territories plays with the fate of thousands of people. Because the people who newly settled on these territories illegally even not being aware of the essence of this issue will sooner or later have to return the region to its real owners”.

Commenting on news regarding the deployment of members of the PKK terrorist organization as well as other terrorist groups from the Middle East in Nagorno Garabagh, a political expert stated that it is part of the policy of Armenian leadership to aggravate the situation in the region: “The use of terrorist organization in Nagorno Garabagh is enough well known reality. President of the Republic of Azerbaijan Mr. Ilham Aliyev has repeatedly stressed this in his speeches at various international forums. All of these together with provocations committed in summer give evidence that hopes of certain circles for Pashinyan have dashed. Armenian Prime Minister turned into a hostage of his own position and it is simply impossible for him to behave in a different way. We may add here third parties who do not want any changes in the current situation, who try to use the occurred tension for their own purposes. According to all of these, we can say that Armenia will try to further increase the tension in different ways.”