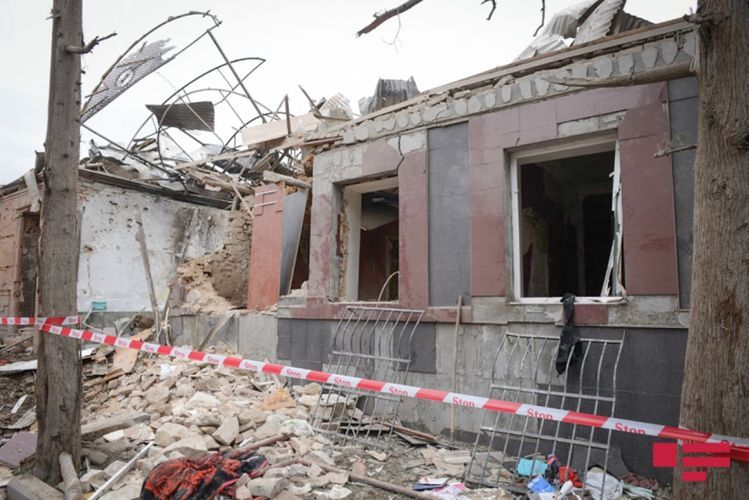 “The purpose of the armed forces belonging to Armenia in bombardment of the Azerbaijani cities is to further expand the scale of the conflict by drawing Azerbaijan into provocation”, said Georgian political expert Omar Ardashelia in his statement to APA’s local bureau.

According to him, sooner or later Armenia will sit at the negotiations table and will be forced to accept Azerbaijan’s conditions: “Very regrettably, the Armenian side bombards some cities of Azerbaijan and causes damage to civilian population. It is clear that their purpose in doing this is to further escalate the present situation and to draw Azerbaijan into provocation. They are trying to make Azerbaijan to strike some cities of Armenia as a retaliatory measure and thereby to further expand the scale of the conflict. But Azerbaijan righteously doesn’t succumb to these provocations and thus Armenia can’t realize its desire. It seems that the Azerbaijani side understands everything. I think that sooner or later Armenia will sit at the negotiations table because no other way out is left for them. And this time the negotiations shouldn’t end fruitlessly again. President of Azerbaijan Ilham Aliyev has already stated that Azerbaijan doesn’t have patience to wait for another 30 years for solution of the conflict. Therefore the negotiations should be held just on the basis of requirements of the Azerbaijani side and should yield a result”.

Professor of Sukhumi State University, historian Guram Markhulia also said Armenia has been trying to present Azerbaijan as an aggressor by various provocations during the recent days: “The Armenian side tries to bombard the cities that don’t have any relation to the occupied territories and does this in order to make Azerbaijan to strike some cities of Armenia as a retaliation and then Armenia will present Azerbaijan as an aggressor on the international arena and will involve other states into the conflict. We already see that Armenia is in the crisis condition and therefore Armenia’s leadership continuously tries to involve Russia and some other countries into the conflict, asks help from them”.

Georgian political scientist Teymuraz Tumanishvili noted that Armenia’s firing at cities of Azerbaijan with rocket and artillery is contradictory with laws of war and norms of international law. He stated that as a result of these provocations, Azerbaijani civilians are killed, excessive damage is inflicted to civilian facilities: “As a result of the attack, agression of Armenia, Azerbaijani civilians killed. Of course, our society, as always, is in favor of a peaceful solution to the conflict. I want to note espesially that the murdering of civilians is unacceptable. Military operations should be conducted in compliance with international norms, laws of war. It is very important for our region to resolve this conflict peacefully as soon as possible. Many people waited for war to begin, we also expected it to happen, because the situation became aggravated day by day and Armenia continued to take provocative steps. But all there countries- Azerbaijan, Georgia, and Armenia should try for establishment of peace in the region in the futire too, and to support it.”

While chairman of Georgia’s Union of Artists, professor Guram Tsersvadze said the fact of occupation is unacceptable and the occupied territories of Azerbaijan should be returned. He added that the peaceful coexistence of both Azerbaijanis and Armenians should be possible on the lands that will be liberated from occupation: “Currently, during the ongoing battles, many people have been killed. The occupation is unacceptable, the aggression of one country against other country’s territorial integrity is an unacceptable case. This problem should be solved peacefully, at the negotiations table so that the civilian residents wouldn’t die, no damage would be caused to them. This issue should be solved, the occupied territories of Azerbaijan should be returned and the representatives of both peoples should live there in peaceful condition. Just like Azerbaijanis, Armenians and representatives of other peoples live in Georgia. Therefore such issues should be solved in a short time through negotiations, each state should return its occupied territories and restore its territorial integrity”.