Hakan Cavusoglu: “Crimes committed by Armenia against civilians are crimes against humanity” 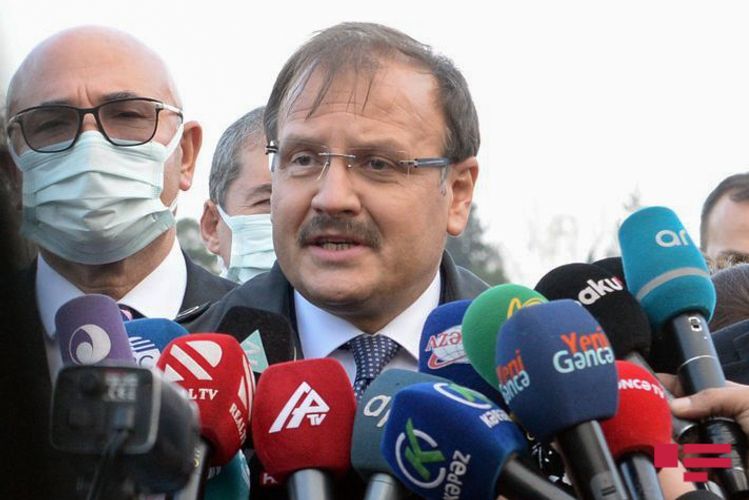 According to him, the commission is the only commission established by law under the Turkish Grand National Assembly. Commission has the duty of investigating, identifying, reporting on human rights violations in the international arena in Turkey and abroad, preparing reports and presenting them at international forums: “The work we are doing in Azerbaijan is related to the investigation, analysis and preparation of reports on violations here. Azerbaijani Army started an operation to liberate its occupied territories, as occupation of Karabakh and 7 surrounding regions continued for 30 years and Armenia committed attacks on July 12 and 27. Battles were in occupied territories in Karabakh region and clashes occurred within the framework of Azerbaijani borders. But many rockets, projectiles shelled, attackes were committed by Armenia to the territories settled by civilians within the framework of great security. According to the protocols of the Geneva Convention, missile shelling on civilians far from battles by a country during any battle is a crime. From this point of view, Armenia’s attacks on Ganja, Barda, Terter, and other cities, where there is not military objects and settles by civilians, is a war crime. All of us know death of children, youth, older people, even persons of Armenian origin there.”

H. Cavusoglu finally noted that these purposeful crimes of Armenia in this territory are crime against humanity.