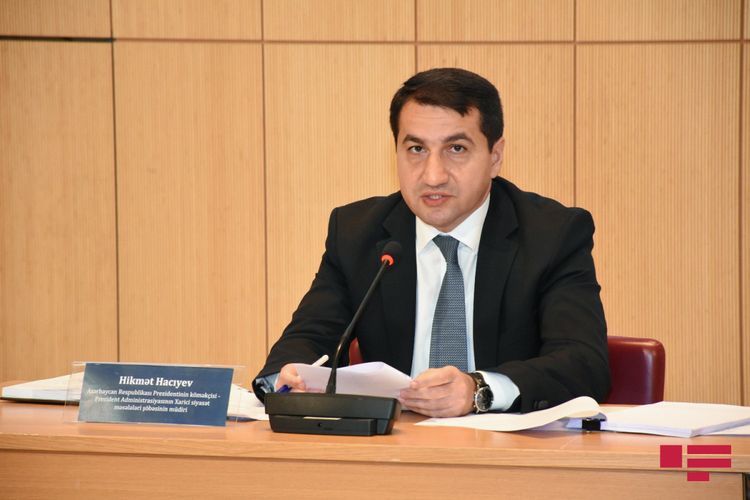 “Armenia’s military and political leadership was putting forward absurd claims regarding seizure of new territories”, said Assistant of the President of the Republic of Azerbaijan, Head of Foreign Policy Affairs Department of the Presidential Administration Hikmat Hajiyev at the briefing held for representatives of diplomatic corps at the ADA University, APA reports.

H. Hajiyev said of course such steps made null and void peace negotiations and peaceful settlement of the conflict: “The reality shows once again that not Armenia but the Azerbaijani side is under danger. Because the Armenian side implements purposeful rocket attacks against Azerbaijan’s civilian population. Just for this reason, the Azerbaijani population faces danger. The Azerbaijani Armed Forces and the Azerbaijani leadership are committed to the ceasefire associated with temporary humanitarian steps. But the continuing provocations of the Armenian side oblige us to ensure security of ouw own population, our civilian residents. Just within 24 hours yesterday, 5 regions of Azerbaijan became a target for 229 missiles.