Hikmat Hajiyev: "Delivery of arms, especially "Smerch" missiles to Armenia in civilian aircrafts should be prevented" 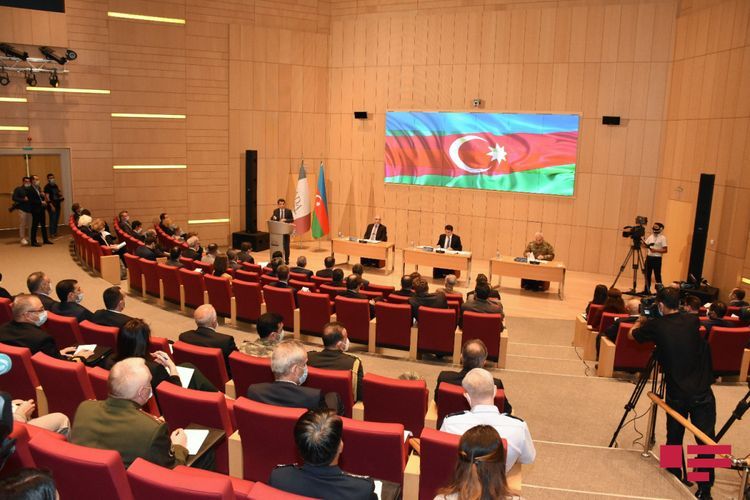 H. Hajiyev noted that Azerbaijani Armed Forces are taking steps within the framework of sovereign borders of Azerbaijan and do not conduct any operation against civilians: “Alongside this Azerbaijan supports peaceful resolution of the conflict. However, these negotiations should lead to a result. We appeal to the international community to support our efforts. We would like to draw attention to mercenaries brought to the territory by the Armenian side under the pretext of the volunteer. It is a great threat to the region. Currently, they are used against Azerbaijan. We would also like to stress the issue of delivering weapons and ammunition to Armenia. We have detailed information about this. The companies managing these civilian planes are located in the territory of Europe, they violate all conventions, international law by this.  We would want to address to these countries that they should prevent delivery of arms, sold in the “black market”, rocket systems, especially “Smerch” missiles to Armenia through civilian flights and aircraft. Because these missiles are used against Azerbaijani civilians. The international community should understand that any weapon delivered to Armenia will be used against civilians of Azerbaijan.”