Hikmat Hajiyev: “Positions of Azerbaijani Army are constantly fired at from Armenia’s territory” 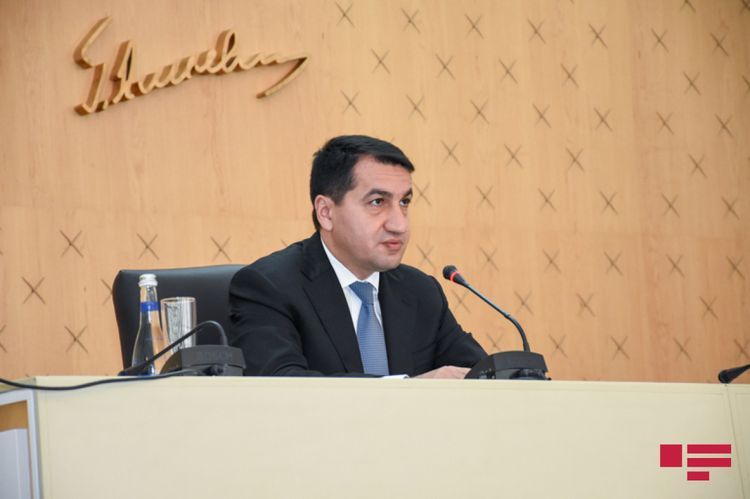 He noted that civilians and civilian facilities in Azerbaijan’s Ganja, Mingachevir, Terter, Barda, Goranboy, Aghdam, Aghjabadi, Naftalan, Dashkesen, Gabala, Kurdamir, Siyazan, Khizi, and other cities and regions have been bombarded from Armenian territory and occupied territories using ballistic, banned cluster missiles and heavy artillery, as it was declared by international organizations on defense of human rights: “91 civilians, including 11 toddlers, 27 women, were killed, more than 400 injured as a result of these rocket fires. At the same time, positions of Azerbaijani Army are regularly fired from the Armenian territory using heavy artillery, ballistic and reactive rockets, cluster bombs, and other small arms. It is unbearable."

George Deek: "Opening of Azerbaijan's Trade Representation in Israel will further bring our countries closer together"