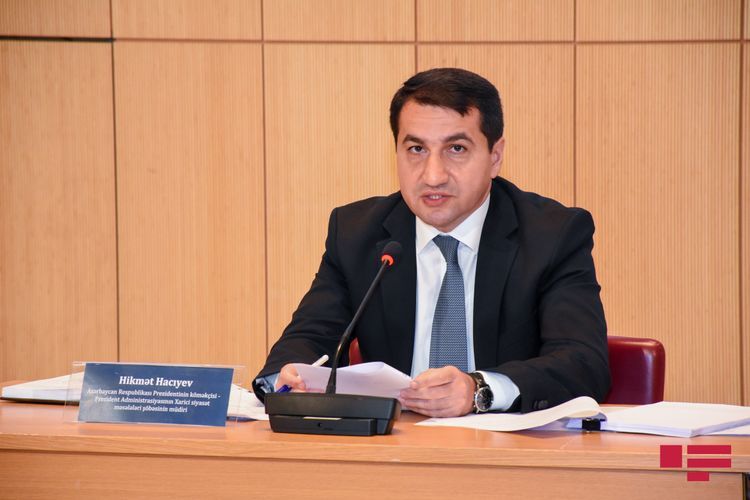 In connection with the statement of "Reporters Without Borders" that 80 local and foreign journalists can't leave Khankandi safely, we state that it is namely Armenia that closed the road between Khankandi and Armenia through the Lachin corridor. Yesterday, the Armenian side announced that it had closed the road,” Assistant to the Azerbaijani President, Head of Foreign Policy Affairs Department of the Presidential Administration Hikmat Hajiyev, APA reports.

H. Hajiyev noted that in general, there are two ways from Khankandi to Armenia: “One takes through the occupied Kalbajar region of Azerbaijan in the direction of the Vardenis region of Armenia. The other way is through the Lachin corridor. As of today’s information, both roads are under the control of the Armenian armed forces.”