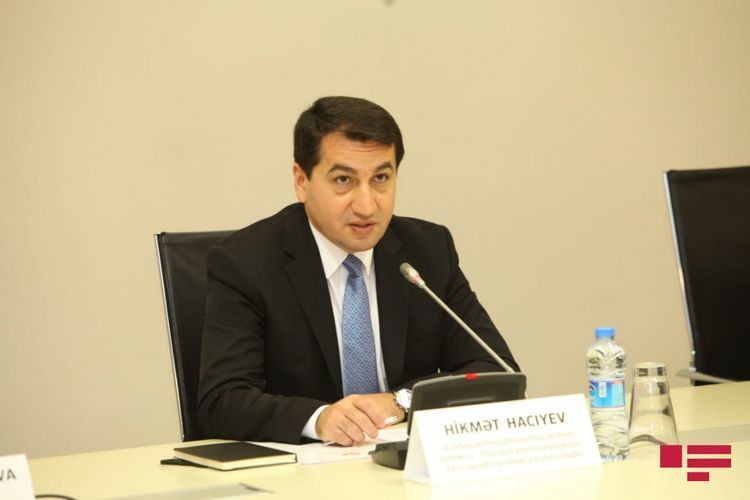 “Armenia’s former President Serzh Sargsyan had noted that they would hit oil and gas infrastructures in Baku city and in the Caspian Sea,” said Assistant to the President of the Republic of Azerbaijan, Head of Foreign Policy Issues Department of the Administration Hikmat Hajiyev at a press conference held today, APA reports.

He noted that former leadership of Armenia stated that they will turn the cities of Azerbaijan into ruin, as Aghdam: “During the latest provocations different misinformation was spread. Azerbaijan’s view on Metsamor does not reflect the official position. Azerbaijan does not have the policy to target any critical strategical facilities. Armenia has deliberately turned the Metsamor issue into show.  The Metsamor NPP itself poses a serious threat to the region, it is based on outdated technology. The Metsamor NPP has become a means for the smuggling of radioactive substances.”