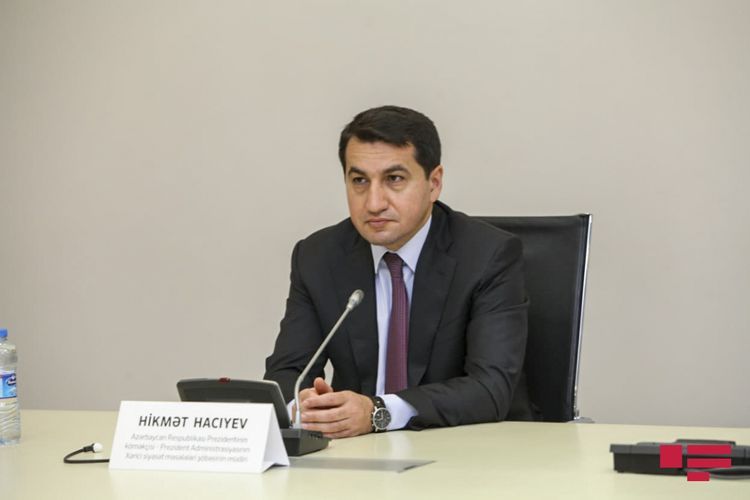 “In April of 2016, Armenian armed forces used artillery in the territories, closely settled by population, when their provocation was prevented with countermeasures”, said Hikmat Hajiyev, Assistant to the President of the Republic of Azerbaijan, Head of Foreign Policy Issues Department of the Administration at the press conference today, APA reports.

He noted that Azerbaijan’s civil objects are damaged, as well as Armenians are hiding behind civilian people in Armenia themselves in front of the determined response of the Azerbaijani Army in the Tovuz direction too.

"The purpose is that as a result of the response blow, the damage would be caused to civil persons in Armenia and they could use this in the international arena. Meanwhile, the Azerbaijan Army inflicts blows on accurate targets. And one of the purposes of this press conference is to deliver to the attention of the public that the Armenian armed forces use the methods peculiar to terrorists, turns the civil population into a target by hiding behind them”, the assistant to the President of Azerbaijan stressed.