Hikmat Hajiyev: “One gets the impression that this is a national security strategy not of Armenia, but of government of Nikol Pashinyan who receives money from Soros Foundation” 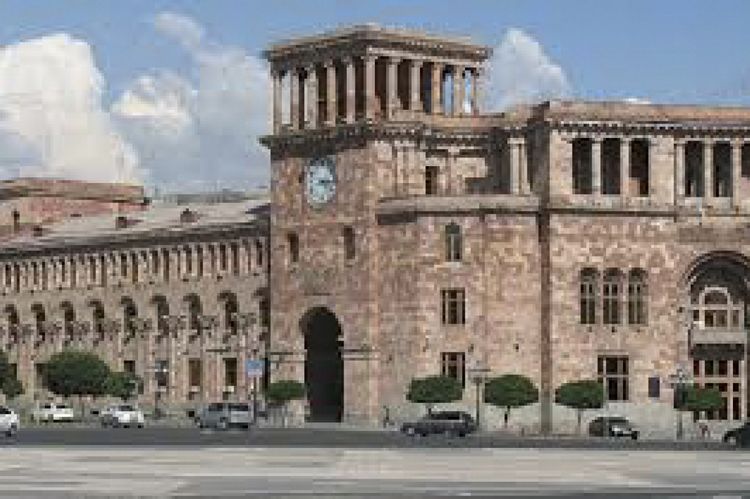 “Upon familiarization with the strategy, it becomes immediately obvious that the document promotes chauvinistic, xenophobic and racist values,” said Assistant to the President of Azerbaijan, Head of Foreign Policy Affairs Department of the Presidential Administration Hikmat Hajiyev as he commented on Armenia’s new national security strategy.

“There are messages about the greatness of the Armenian people, its superiority over other peoples, as well as intolerance towards neighboring nations. Quoting a poem by Vahan Teryan, the Armenian prime minister happily perceives the destruction of the great Babylonian civilization. As a matter of fact, the whole point of the strategy is centered in the quote that “Babylon was our enemy. Where is it now? It is covered by deserts!” Proponents of such thinking are no different from the terrorists destroying ancient historical sites in the Middle East. Seeing all this, it becomes clear how such a chauvinistic theory of fascist Garegin Nzhdeh as “Sekagron” appeared and why such ideologies are so widely promoted in Armenia.

Perhaps no country except for Armenia has included a poem in its national security strategy.

The document touches upon the “Velvet Revolution” and states that it has set new standards. However, a reference of this type in the national security strategy does not correspond to the format of the document and is completely illogical because such documents should not propagate any political forces and should instead describe the overall and long-term concept of national security. In other words, the concept should be a document that would meet the interests of the state, not of the authorities. It turns out that this strategy will automatically become invalid in the future after the forces opposed to Nikol Pashinyan and the “velvet revolution” come to power in Armenia. One gets the impression that this is a national security strategy not of Armenia, but of the government of Nikol Pashinyan who rose to power as a result of a “revolution” with the support of Soros and his entourage and receives money from the Soros Foundation,” Hikmat Hajiyev noted.