Hikmat Hajiyev: "Some parameters regarding humanitarian ceasefire should be investigated" 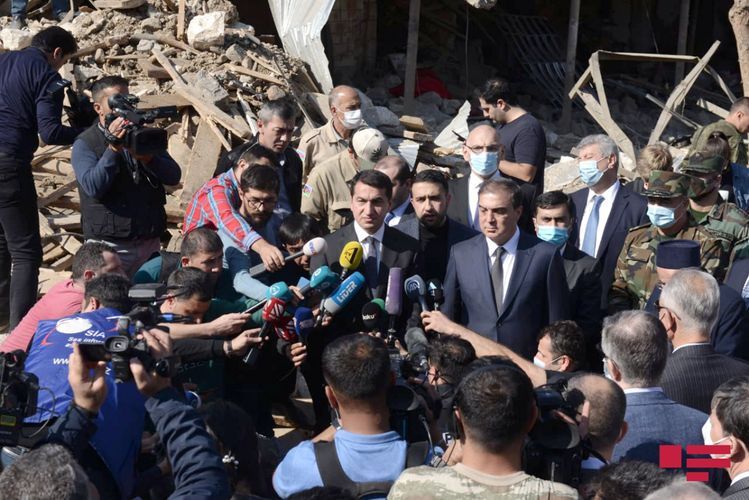 Hikmat Hajiyev said in his statement to journalists in Ganja some parameters regarding humanitarian ceasefire should be investigated: “As is seen, on the one hand, the enemy wants humanitarian ceasefire, while on the other hand, it implements attacks against civilian people of Azerbaijan. At the same time, the attacks are also implemented on the contact line of the troops by Armenia’s Armed Forces against Azerbaijan’s positions. They do this in order to re-capture our lands liberated from occupation. Azerbaijan’s Armed Forces have to give worthy response to them here”.

The Presidential aide said the visit to Ganja of all ambassadors, diplomatic corps accredited in Azerbaijan has been organized: “They should see with their own eyes that beginning from October 4, Azerbaijan’s Ganja City has been under Armenia’s rocket strikes. They should see with their own eyes this barbarism, vandalism of Armenia. Even yesterday Armenia’s Defense Ministry made a very hypocritical, shameless statement that they didn’t commit this. They want to deny this vandalism committed by them. But nobody can hide the fact”.