Hikmat Hajiyev: “State like Armenia does not have moral right to talk about international law” 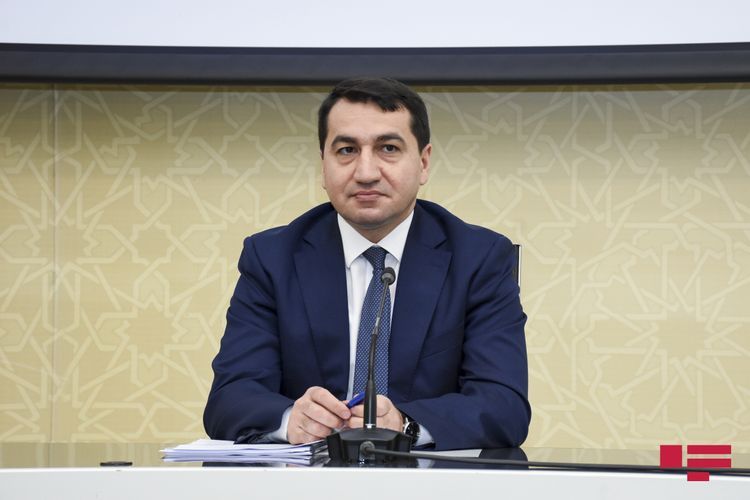 Assistant to the President of the Republic of Azerbaijan, head of the Foreign Policy Department of the Presidential Administration Hikmat Hajiyev’s interview with APA.

-How do you evaluate the negotiations conducted between Turkey and Greece regarding the current situation in Eastern Mediterranean region in recent days?

- The Republic of Azerbaijan supports the relations based on mutually beneficial cooperation, stability and security between countries. Currently, the existing situation in the Eastern Mediterranean region is a matter of concern. Especially, in the period when there is a global fight against coronavirus pandemic, it is important to prioritize negotiations. From this point of view, we positively appreciate negotiations which are conducted through NATO, between brotherly Turkey and Greece. As well as we consider that the dialogue to be established between the sides without any precondition and direct discussions to be held, will allow to reduce tension and finding relevant solution ways. Azerbaijan is ready to contribute to this issue in case of necessity.

The attempts of Armenia confusing the Mediterranean Sea with Sevan lake whose historical name is Goyche lake to interfere in the capacity of catalyst into this issue simply cause laugh. According to its traditional customs, Armenia tries to interfere in subjects not related to it. Such a state as Armenia that committed aggression against Azerbaijan by blatantly violating the international law and the UN Statutes doesn’t have a moral right to talk about international law.