Hikmet Hajiyev: "Armenia has placed PKK members in Shusha, they are dressed in the uniform of Azerbaijani servicemen" 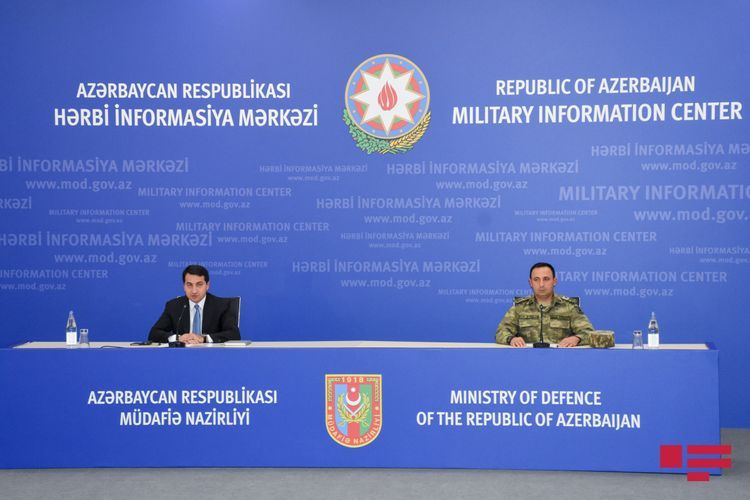 "According to very reliable intelligence, the Armenian government has deployed PKK terrorists in Shusha, and they are dressed in the uniform of the Azerbaijani servicemen," Assistant to the Azerbaijani President, Head of Foreign Policy Affairs Department of the Presidential Administration Hikmat Hajiyev said at the briefing held today for foreign military attaches accredited in the Republic of Azerbaijan and representatives of international organizations (the UN, the EU, the IRCC) in our country, APA reports.

We have the answer. A few days ago, special fake videos were spread through the Armenian Defense Ministry. Allegedly, foreign fighters are fighting in the ranks of the Azerbaijani Armed Forces, and they also wore the uniform of the State Border Service of Azerbaijan. Armenia uses elements of fake propaganda. At present, the PKK and ethnic Armenians from different countries have joined the fighting against Azerbaijan and are being sent to the front. "Unfortunately, some ethnic Armenians from foreign countries come from the European Union and NATO countries."