Hikmet Hajiyev: "Armenia's withdrawal from Kalbajar is also observed with acts of vandalism" 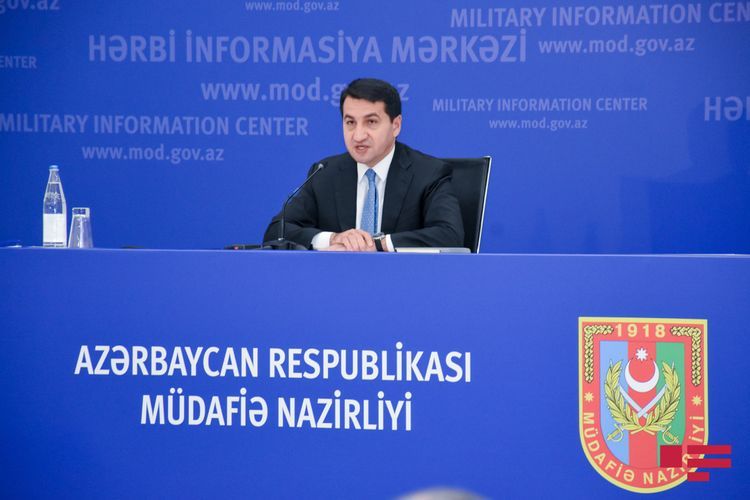 "The consequences of illegal settlement in the Kalbajar region of Azerbaijan must be eliminated," Aide to the President of the Republic of Azerbaijan - Head of the Foreign Policy Department of the Presidential Administration Hikmet Hajiyev said at a briefing held today, APA reports.

Hajiyev said that the UN Security Council also has a special resolution on Kalbajar: "Armenians leaving the area burn civilian objects in Kalbajar, which is reflected in the images of foreign media. Armenians damage the environment and civilian objects. Damage to the environment, environmental terrorism must be prevented. Buildings built in the area are also illegal. At the last moment, in the process of liberating these territories from occupation, material cultural monuments are being damaged. Illegal archeological excavations were also carried out in the area called Tigranakert in Aghdam. There are also attempts to take the findings of these excavations to Armenia. This is a violation of international law. It was Armenia that plundered the material and cultural heritage of the occupied territories of Azerbaijan. We see the damage to material cultural monuments, especially mosques, in the occupied territories, and even pigs are kept in mosques. After more detailed research, the consequences of Armenia's barbaric actions will become apparent again."

Aide to the President of Azerbaijan noted that the withdrawal of Armenia from Kalbajar is also accompanied by acts of vandalism.