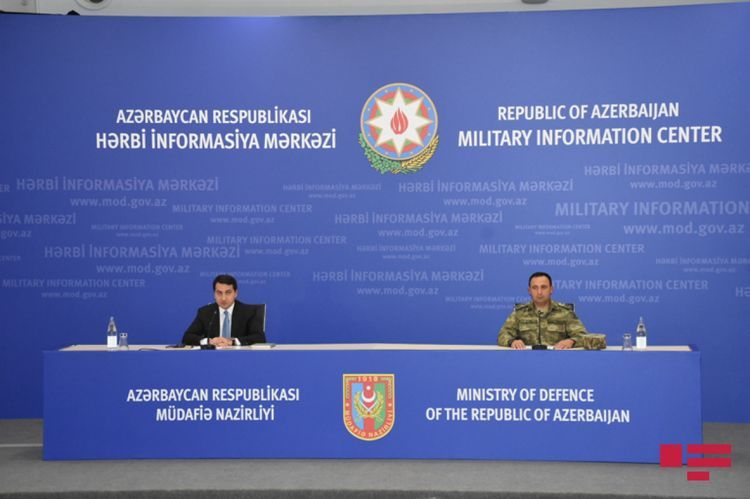 Mr Hajiyev said that had been built deep fortification systems in the occupied territories for 30 years: "In some places, the length of these fortifications reaches 8-10 meters. The terrain is also difficult, and as you know, these places are mostly mountainous. However, despite these difficulties, the Azerbaijani Armed Forces are moving forward step by step. Our soldiers are moving forward, silencing the enemy's firing points, and sometimes under fire. The fortification systems built by Armenia for many years are being destroyed. Currently, there is snow in Murov, it is winter. In those difficult climatic conditions, at an altitude of 3300-3500 meters, our soldiers are fighting valiantly for our lands, liberating our lands. We are proud of them."