Hikmet Hajiyev: "These orders are carried out on the instructions of the political and military leadership of Armenia" 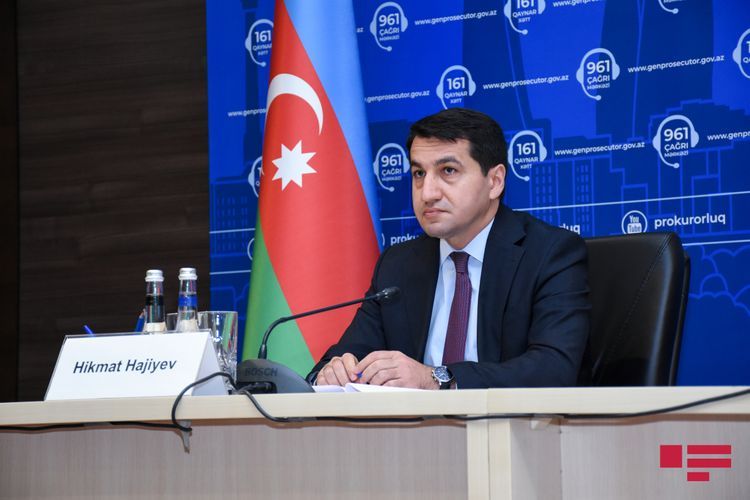 "We strongly condemn the recent Armenian attacks on Azerbaijan. This is an indicator of Armenia's policy of terrorism at the state level. These orders are carried out directly on the instructions of the political and military leadership of Armenia. Here, too, according to international law, those responsible for the political leadership of Armenia and the leadership of the so-called organization are responsible," Assistant to the President, Head of the Department for Foreign Policy Affairs of Azerbaijan's Presidential Administration Hikmat Hajiyev said, APA reports.

He said that there were no military facilities among the places targeted by Armenians: "These attacks are carried out purposefully, and long-range missiles are already being used. These missiles have already reached the city of Khizi. This shows the terrorist acts of the Armenian state. The Armenian side is taking such steps to cover up its failures."