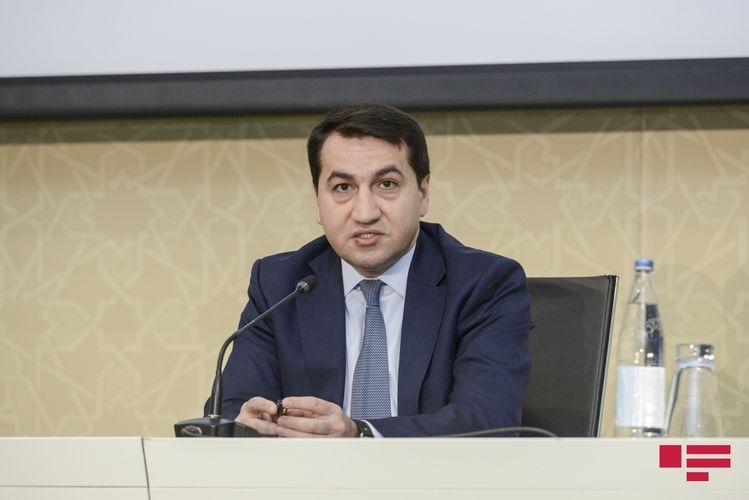 "The allegations that the Su-25 fighter jet of the Armenian Armed Forces was allegedly shot down by an F-16 aircraft of the Turkish Armed Forces are completely absurd and are another disinformation of Armenia," Assistant to the President of the Republic of Azerbaijan-Head of the Department of Foreign Policy Affairs of the Presidential Administration of the Republic of Azerbaijan Hikmat Hajiyev said, APA reports.

Mr Hajiyev noted that according to the information on the Azerbaijani side, on September 29, two Su-25 aircraft took off in Armenia: “Both planes crashed into a mountain and exploded and were destroyed. This shows that the Armenian military leadership does not provide accurate information to its citizens and the public. It would be good if the Armenian military leadership would provide information about the second plane and its pilot, rather than accuse any other party."

Statements by Armenia on the alleged involvement of a third party in the conflict are completely absurd and have no basis. This is nothing but an attempt by Armenia to divert attention from its aggressive policy. Therefore, we recommend them to investigate the purpose of the taking off of two Su-25 aircraft from the territory of Armenia and the circumstances under which they crashed into a mountain, and the death of the pilots and to  inform the Armenian public in this regard.”