Ibrahim Kalin: “Turkey stands by Azerbaijan in the face of Armenian attacks” 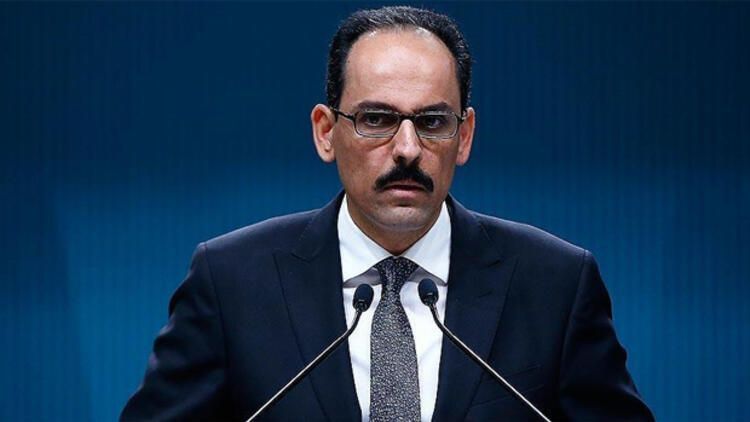 Turkey’s Presidential Spokesperson Ibrahim Kalın said early Sunday that the country strongly condemns Armenian attacks against civilians and that it will continue to stand by its ally in the face of such "dangerous provocations," APA's Turkish bureau reports.

“We condemn Armenia’s attacks against civilians. Turkey stands by Azerbaijan in the face of such attacks,” he said on Twitter.

Azerbaijan's Defense Ministry said early Sunday that Armenia launched large scale attacks against civilians and its military and it subsequently launched an operation in retaliation along the "contact line," a heavily-mined no-man's-land that separates the Armenian-backed forces from Azerbaijani troops in the region.

“Armenia has violated the ceasefire and showed that it is against peace and stability. The international community should immediately say ‘no’ to this dangerous provocation,” Kalın added.

“We wish Allah’s mercy upon the victims. Azerbaijan is not alone, it has Turkey’s full backing,” he said.

The Azerbaijani Ministry previously said that an Azerbaijani helicopter had also been downed but that its crew had survived.

“The bombardment of densely populated civilian areas and installations situated along the frontline by Armenia's armed forces has been deliberate and targeted. There are reports of dead and wounded among civilians and military servicemen. Extensive damage has been inflicted on many homes and civilian infrastructure,” he said on Twitter.

“Armenia’s deliberate targeting of residential areas and the civilians is a gross violation of the international humanitarian law, including the Geneva Convention of 1949. Targeting the civilian population is a tactic incorporated in the combat training of Armenia’s armed forces, and the Khojaly genocide perpetrated in February 1992 has been a vivid testimony to that,” Hajiyev said, adding that Azerbaijan is taking necessary measures to counter Armenia's resort to "another military adventure and a provocation.”

“Azerbaijan has repeatedly stated that Armenia’s ongoing military aggression against Azerbaijan and the presence of the armed forces of Armenia in Azerbaijan’s occupied territories have remained a significant threat to regional peace and security,” he said.

“The responsibility for the present situation and future developments lie squarely with Armenia’s political-military leadership,” he stressed.