Ilham Aliyev: We don’t want other countries to interfere 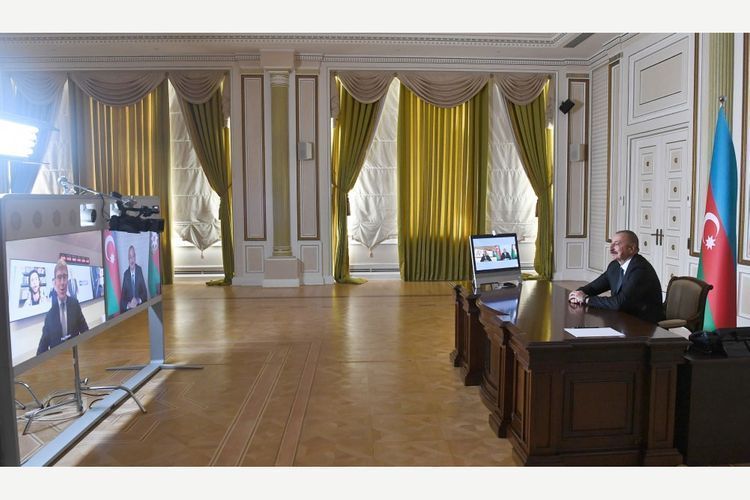 "All our efforts during the conflict aimed to stop active phase as soon as possible. And we are completely against any form of internationalization of the conflict so that conflict spread over. That's what Armenia wants to do. And as I said, they asked Russia to send military personnel to the area of conflict which is absolutely counterproductive, and which is completely in violation of international law. We don’t want other countries to interfere," said President of the Republic of Azerbaijan Ilham Aliyev in his interview to the U.S. Fox News TV channel.

"I think that the US as one of the three co-chairs of the Minsk group has a mandate from OSCE to help parties to come to an agreement. And agreement must be based on international law it should not be based on what I want or what Armenian prime minister wants. It should be based on international law. Nagorno-Karabakh is recognized by the United States and all other countries as integral part of Azerbaijan. So what I can expect from Secretary Pompeo first? To tell prime minister Pashinyan’s envoy that statements like "there is no diplomatic solution" is wrong and dangerous. Second, statements by Armenian prime minister that "Karabakh is Armenia" is dangerous and wrong and they should be reasonable. They should give us a timetable for withdrawal from the occupied territories. They should agree for peaceful coexistence between the Armenians and Azerbaijanis in the territory of Nagorno-Karabakh. And they should stop trying to internationalize the conflict. They should stop asking Russia for direct military involvement. This is counter-productive. All the efforts of Armenian prime minister during these times is to ask Russia to send troops to fight against Azerbaijan. And this is very dangerous," added Azerbaijani President