Ilham Aliyev: We have seen again that Armenia does not intend to leave our lands of its own accord 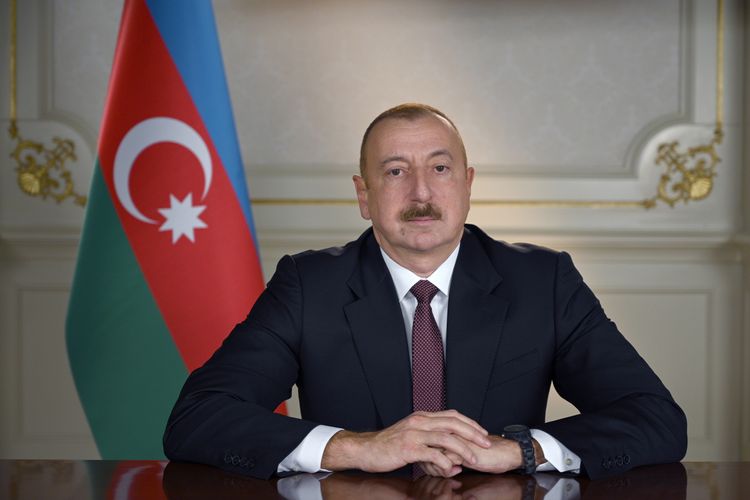 "These days, we have seen again that Armenia does not intend to leave our lands of its own accord. We have seen again that during these 30 years, Armenia simply wanted to gain time, to imitate the negotiations and to perpetuate the status quo," said President Ilham Aliyev at the operational meeting held under the leadership of President of the Republic of Azerbaijan.

"Unfortunately, the international mediators were unable or did not want to put the necessary pressure on the occupying state. Otherwise, four UN Security Council resolutions would not remain on paper. I must also note that a few days ago, the co-chairs held a meeting of the UN Security Council. A document was put forward at the meeting that did not meet our interests and was intended to draw a line through the resolutions adopted in 1993. We strongly objected to this. This is another manifestation of injustice, another manifestation of double standards. The resolutions adopted in 1993 express a clear position on the territorial integrity of Azerbaijan. Resolutions adopted in 1993 demand complete, immediate and unconditional withdrawal of the Armenian armed forces from the occupied territories. The draft document initiated the other day did not contain these provisions. In short, this step is viewed as yet another provocation against Azerbaijan. We have raised our voice, and I am glad that some of the members of the Security Council objected to this even though they were pressured by major states. However, these countries are members of the Non-Aligned Movement, which is currently chaired by Azerbaijan. of course, their support for Azerbaijan is highly appreciated and shows that there is a high level of solidarity within the Non-Aligned Movement. In short, this political step failed and no document was adopted. I think this is another political victory for us. Just as we are winning on the battlefield, we are winning in the political arena. Just as we are driving the enemy away on the battlefield, we are also responding to the provocative steps of the enemy's supporters," said Azerbaijani President.