In his address to nation, President Ilham Aliyev spoke about how he proved to world that Karabakh is Azerbaijan's historical land 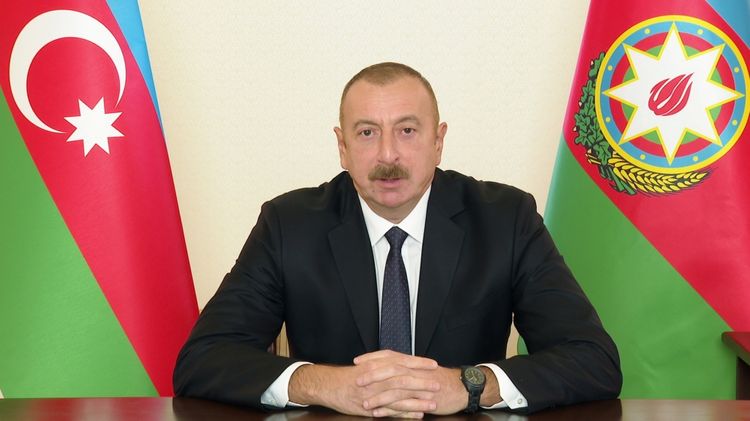 "I am absolutely right when I say that we are restoring historical justice. I was able to prove to the whole world during the live debates at the Munich Security Conference that this is our historical land. I provided information about the Kurakchay peace treaty signed at the beginning of the 19th century. There was no information about this treatment in the world at all," President Ilham Aliyev said in his address to the nation on 26 October, APA reports.

Noting that there was no extensive information about the Kurakchay treatment in Azerbaijan either, the head of state said: “The Kurakchay peace treaty was signed by the Khan of Karabakh and Shusha, Ibrahimkhalil khan, on the other side a general of Tsarist Russia. This agreement is available on the Internet and everyone can see it. I am sure that after my words, a large international audience keenly following the current situation on the battlefield will go to these sites and see that there is not a word about the Armenian people in that agreement. The Armenian people were not here at that time. The Armenian people were brought to our ancestral lands after the Kurakchay, Gulustan and Turkmenchay peace treaties. They were deliberately brought and placed in Karabakh, one of the most fascinating corners of our country, and conditions were created for them.”

President Ilham Aliyev noted that the purpose of this was to change the religious composition in the new lands of the empire, to expel Muslims from their ancestral lands, drive them away and create a new reality. "Unfortunately, they achieved this goal.”