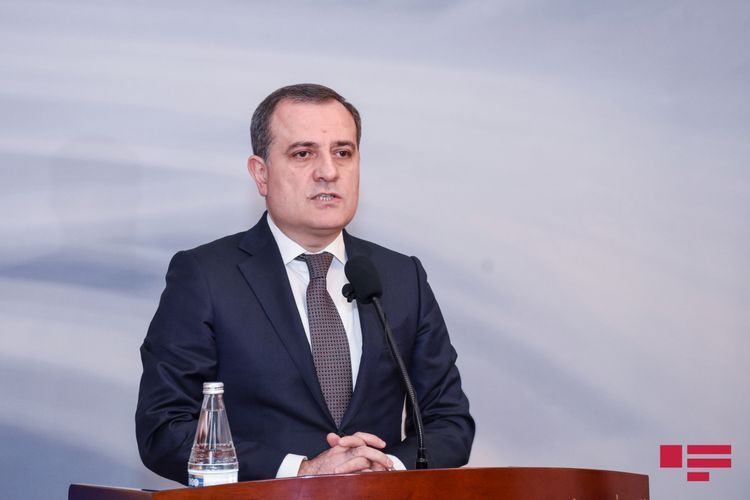 “I should, unfortunately, note that improvement is not observed in the regulation of the conflict. Armenia continues to keep under occupation 20% of Azerbaijani territories”, said Azerbaijani Foreign Minister Jeyhun Bayramov at the press conference on results of meeting with his Russian counterpart Sergey Lavrov held in Moscow, APA's Moscow correspondent reports.

The minister noted that the local Azerbaijanis were expelled from those territories, while the Armenians brought from abroad including the Middle East are settled in their houses: “And this in its turn is the blatant violation of the international humanitarian law, and firstly the Geneva Convention.”