Lavrov: Russia stands behind its words on tripartite statement 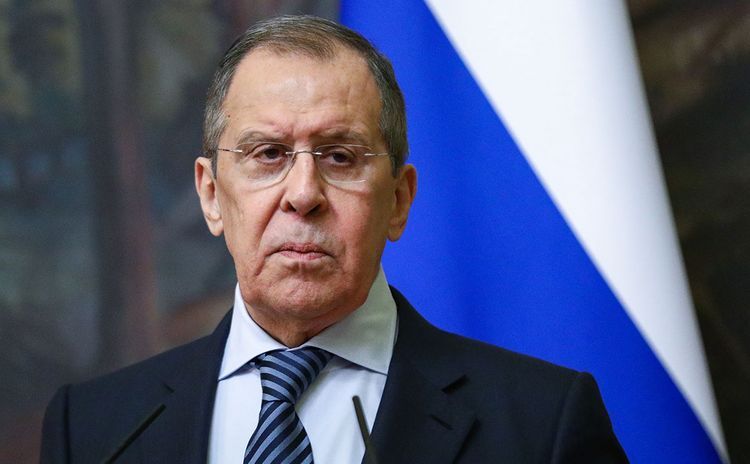 “I cannot comment on the interpretation of the excerpt from the statement of the three leaders (the presidents of Russia, Azerbaijan, and the Prime Minister of Armenia - ed). Everything that is agreed has been shown in this statement. What is added to this statement by this or another person who is inactivity is his/her responsibility” said Russian FM Sergei Lavrov at a joint press conference on finals of the meeting with Peter Mauer, President of the International Committee of the Red Cross (ICRC), APA’s Moscow correspondent reports.

Responding to the question "Doesn't the statement of the Prime Minister of Armenia Nikol Pashinyan “Recognition of the independence of the so-called "Nagorno-Karabakh Republic" is a priority for his country " inflict a blow to the tripartite agreement on Karabakh? the Russian Foreign Minister said that his country currently does not see attempts on changing the signed statement.

“I stand behind these words. Russia stands behind these words. If I understand correctly, there are going not simple discussions in Armenia. 17 parties are united to support the interest of their countries. They unambiguously noted that they are against the attempts of not implementation of this statement. We come out from this. We will do everything that such attempts not to happen and not be successful in all cases,” stressed Russian FM.