Lavrov: "There should not be an illusion on remaining of the 7 district surrounding Nagorno Karabakh at the same situation forever" 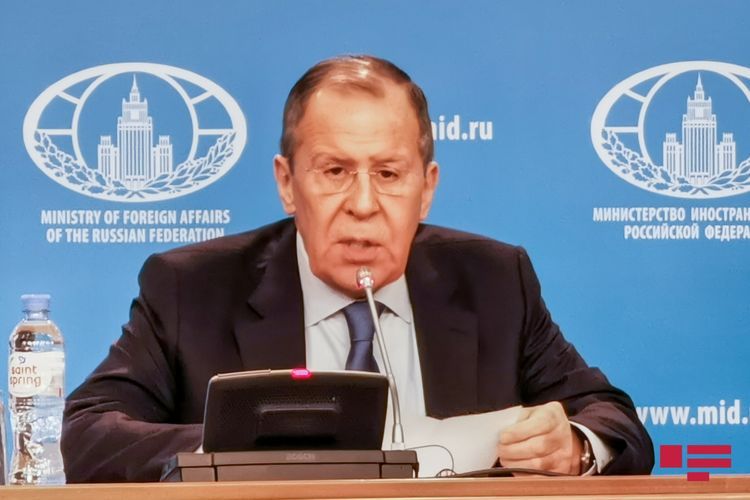 "There should not be an illusion on whom seven districts surrounding Nagorno Karabakh belong to", said Minister of Foreign Affairs of Russia Sergey Lavrov in his interview to the local and foreign media representatives, APA's correspondent in Moscow reports.

“I note once again. There should be no illusion that the seven regions adjacent to Nagorno-Karabakh will remain in that state forever, which was half a month and 2 months ago. The responsible government was obliged to explain to the population that at some stage this resolution will have to be implemented in accordance with the principles that have been on the table for many years, the proposals of the OSCE Minsk Group co-chairs.

At that time, there would be an ideal way to resolve this conflict without bloodshed, without causing any damage to the security of the people of this region, the Karabakh Armenians and other ethnic groups living in Karabakh,” the head of Russian MFA emphasized.