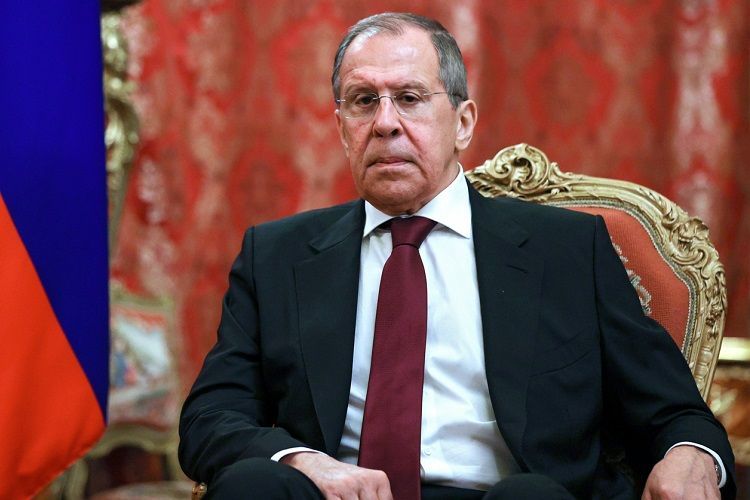 The unresolved Nagorno-Karabakh conflict is behind the conflict on the Azerbaijani-Armenian border in July, said Russian Foreign Minister Sergei Lavrov in an interview with Trud newspaper responding to question "What is behind the escalation of the situation on the Azerbaijani-Armenian border, and what is the probability that it will turn into a large-scale military conflict?", APA's Moscow correspondent reports.

"The July 12-16 border conflict was the second major violation of the 1994 ceasefire agreement brokered by us since the April 2016 war. However, high-intensity clashes involving artillery, grenade launchers and attack drones for the first time in the past 26 years took place not on the line of contact in Karabakh, but directly on the state border area between Azerbaijan and Armenia. A number of complex reasons led to the conflict. Of course, this is based on the unresolved Nagorno-Karabakh conflict. Moreover, the overheating of public space on both sides of the border ... Geographical factor also played a kind of trigger role: Armenia's decision to restore the old border checkpoint 15 kilometers from Azerbaijan's export pipelines caused great concern and the unfounded response of the other side eventually set in motion the wheel of confrontation with the most unexpected results. To stabilize the situation, on July 13, the Russian Foreign Ministry called on the parties to immediately cease fire. Telephone conversations were held with colleagues from Azerbaijan and Armenia, and representatives of organizations uniting Russian citizens of Azerbaijani and Armenian descent were met. Both diasporas must understand their responsibilities both to comply with the laws of the Russian Federation and to help normalize relations between Baku and Yerevan.

During this time, the Russian co-chair of the OSCE Minsk Group, Igor Popov, has been in direct contact with the foreign ministers of both countries. "As a result, a ceasefire was reached on July 16, albeit not on the first attempt, with the active mediation of Russia," he said.

Lavrov noted that the situation stabilized in August: "There is relative calm on the border and on the line of contact. Mutual public accusations have decreased. We hope that the process of negotiations on the settlement of the Nagorno-Karabakh conflict will resume soon. We are working with our partners in the OSCE Minsk Group."