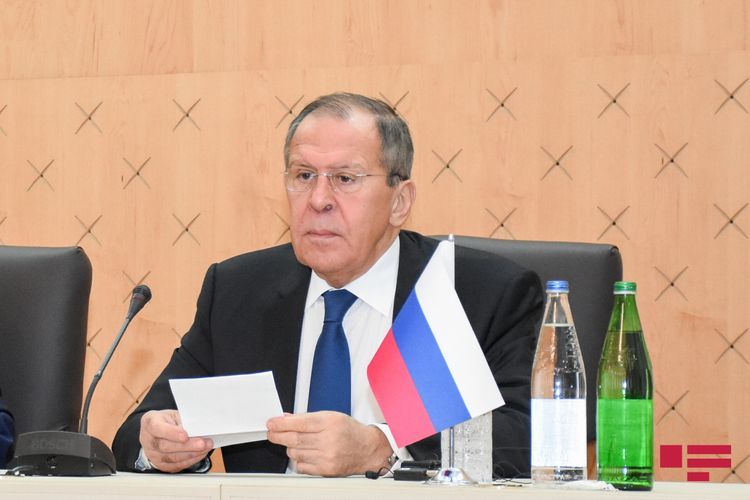 S. Lavrov noted negotiations have been held many times so far: “Key West negotiations were held in 2001. Negotiations agreed with and without the participation of Nagorno Garabagh in different formats have been held. There is a format between Baku and Yerevan now, With the participation of Co-Chairs of the OSCE Minsk Group and OSCE Chairperson-in-Office... It is a useful and good format. Just in this format UN SC has ceased war and started negotiations. There are Madrid principles, there are documents called Kazan documents developed by the Russian Federation in 2010-2011. There is a draft which was developed by the attendance of co-chairs in the meeting of heads of MFA of Russia, Azerbaijan, and Armenia in April last year. This draft has disseminated and currently is actively discussed. These documents reflect the phased resolution of the conflict. The first phase includes more actual problems, the liberation of several regions around Nagorno Garabagh and lifting of the blockade of transport, economy and other communications.”