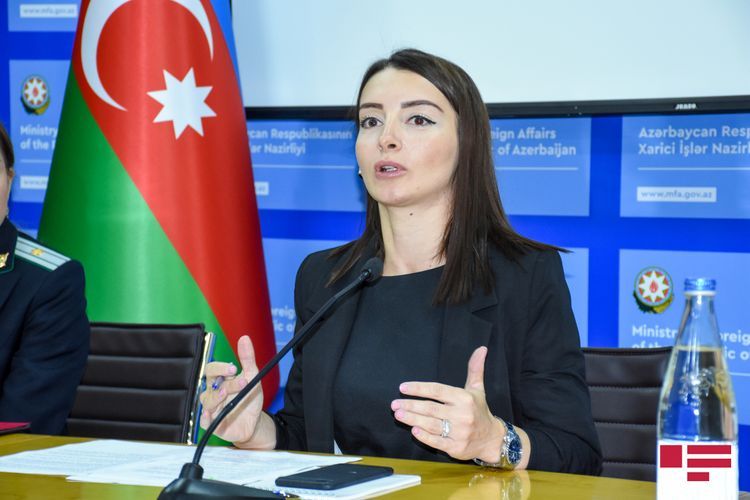 “President of the Republic of Azerbaijan in his interview with BBC News Agency the next time announced Azerbaijan’s position based on international law and implementation of the requirements of the resolutions of the UN Security Council, as well as once again stressed that Armenians in Nagorno Garabagh are accepted as Azerbaijani citizens and the war is conducted not against the Armenian population living there, but against illegal junta regime,” said the head of the press service of Azerbaijani MFA Leyla Abdullayeva APA reports.

Distortion of the views expressed by the President of Azerbaijan quite clearly is another failed attempt of the Armenian Foreign Ministry to mislead the international community.

Armenian military-political leadership directly bears responsibility for ethnic cleansing of the local Azerbaijani population during the occupation of Azerbaijani territories, conducting war crimes against civilians, as well as within the framework of Armenia’s new aggression conducting of acts that can be described as a crime against humanity by deliberately firing on settlements and civilians far from the frontline.