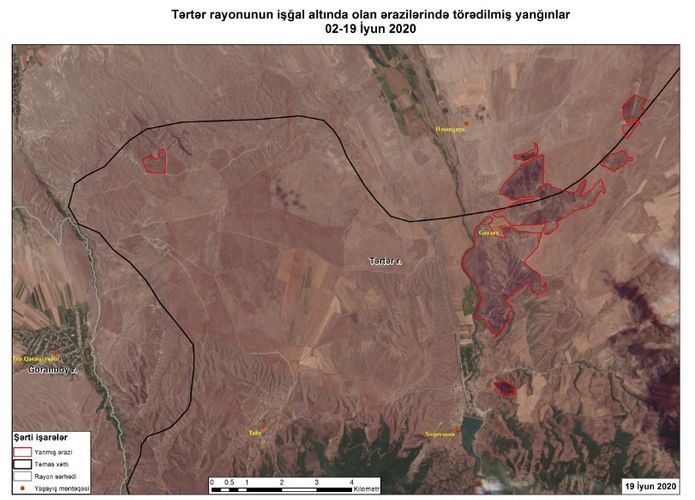 The Ministry of Foreign Affairs (MFA) and Azercosmos OJSC have issued the joint statement regarding monitoring via “Azersky” satellite of the fires committed on Azerbaijan’s territories under occupation, the MFA said in its statement to APA.

Based on the analysis of the images obtained as a result of the monitoring of the fires committed by Armenia on Azerbaijan’s territories under occupation during June of this year via  “Azersky” satellite of “Azercosmos”, the fires have been committed in the occupied Goyarkh village of Azerbaijan’s Terter region situated in close proximity to the contact line in the direction of the Armenian positions and the nearby territories adjacent to the village.

“According to the analysis of the satellite images obtained so far, the fires committed on the aforementioned territories cover the area of 866 hectares.

Also, from the beginning of June of the current year up to now, the committing of large-scale fires was observed on the occupied Azerbaijani territories i.e. around Khidirli, Seyidli, Sarijali and Yusifjanli residential settlements of Agdam region, Muganli residential settlement of Khojavend region, Ashagi Veyselli, Garakhanbeyli, Ashagi Seyidahmadli, Ashagi Abdurrahmanli and Horadiz residential settlements of Fuzuli region. As a result of this ecological terror committed by the Armenian side, the area of spreading of the fire reached 2,422 hectares. Currently, the daily monitoring of the aforementioned territories via “Azersky” satellite is being continued.

As is seen, Armenia continues its illegal activity on the occupied Azerbaijani territories, including the committing of fires and other actions causing damage to environment. This illegal activity of Armenia is aimed at continuation and consolidation of military occupation of Azerbaijan’s occupied Nagorno Garabagh region and other adjacent regions, annexation of these territories and prevention of return to their homes and properties of the Azerbaijani internally displaced people.

Armenia, its individuals and legal entities implementing illegal activity in our country’s occupied Nagorno Garabagh region and other adjacent regions, as well as all other persons and companies involved in illegal activity on our occupied territories by blatantly violating the norms of the international law including the international humanitarian law and the Azerbaijani legislation bear administrative and legal responsibility.

The military occupation of the Azerbaijani territories bears temporary character and these lands will be brought back under Azerbaijan’s control. And the occupant Armenia will reimburse the damage caused by it to the Azerbaijani side and will bear legal responsibility for all its illegal actions”, is noted in the statement. 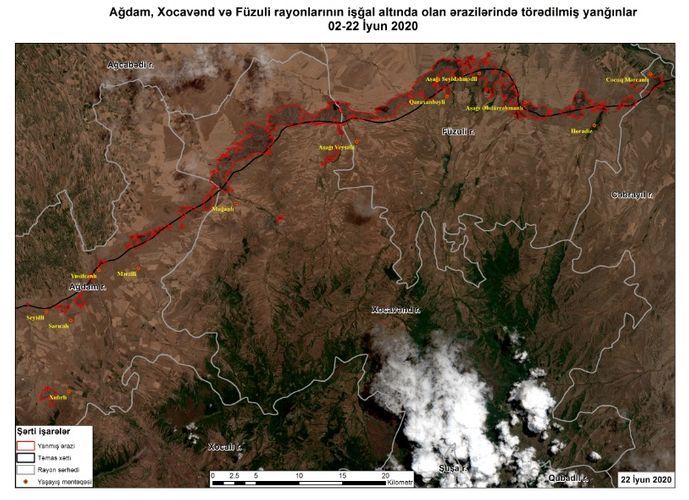