Maksim Shevchenko: “What happened in Gandja are Armenia's act of terrorist against civilians” - INTERVIEW 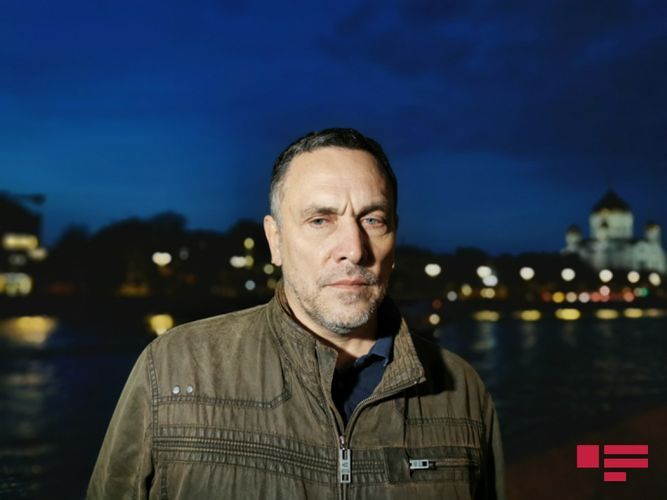 “Rocket shelling of Gandja is a well-thought provocation”

–Maksim Leonardovich, Armenia blatantly violating the ceasefire, inflicted rocket strikes on Azerbaijan’s second-largest city Gandja. This step resulted in a great number of human casualties. How do you think, this step of Yerevan is disrespect, disregard against Russia and its president acting as a mediator of the ceasefire, isn’t it?

–Of course, this is a barbarian crime that can’t be justified. The purpose is to force Azerbaijan to inflict fire on Armenia’s territory. Inside Armenia, there are a number of forces around Pashinyan who think they have the right to do everything. Those groups wish very much that the war would assume a global character. They wish that Azerbaijan would respond to the provocative homicides against the peaceful civilian population of Azerbaijan’s Gandja, which would inflict strikes on Armenia. And in such a case, Armenia would be able to appeal to Russia as a victim of aggression. They behave cunningly. They claim as if the war is waged by the small, unrecognized Nagorno Garabagh. But it is clear to everybody that the war is waged by Armenia with great arm reserves. I think that this is a well-thought provocation. Of course, this provocation is aimed at coming to noting as an idea of Vladimir Putin’s call for a ceasefire in the present condition. This is the work of the groups wishing escalation of the war in Armenia, the involvement of Turkey and Russia in the war, and thereby globalization of the conflict. This is horrible. Russia in the person of its president has aimed at ceasing fire so that the bloodshed would be stopped. It is clear that somebody plays with Armenians’ lives. And somebody impinges on the lives of the civilian Azerbaijanis for this purpose. I think the names of these people should be disclosed. From my viewpoint, they are military criminals.

“Occurrences in Gandja are an act of terrorism”

–May infliction of rocket strikes on residential buildings in Gandja be evaluated as a terrorist act?

– Of course. The occurrences in Gandja are the act of terrorism committed by Armenia. This can’t be evaluated otherwise. This is a terrorist act committed against the peaceful population. I would like to remind you that Hitler started to inflict strikes on London with Fau-2 rockets at the end of the war when all his resources ran out. This is a very similar situation. When a concrete terrorist act is committed against a peaceful population using the weapon of revenge, this turns into a factor of waging war for the defeated regimes.

– The rocket strikes are inflicted on residential buildings in Gandja situated far from the war zone. Civilian people lose their lives. But France who has been making appeals regarding the suspension of military clashes has taken a pro-Armenian stance beginning from the early days stays silent, doesn’t voice statements condemning the terrorist act...

– It is known that there is a strong Armenian Diaspora in France. As President of Azerbaijan Ilham Aliyev precisely noted, Garabagh may be established in Marseille. There are more Armenians there than in Garabagh. This is indeed true. France pursues its geopolitical goals. It tries to put pressure on Turkey thereby. It is clear that there is a conflict between France and Turkey in the Mediterranean Sea. France supports Greece, Egypt, Khalifa Haftar who acts against the Government of National Accord in Libya backed by Turkey. I would wish that the fate of the Azerbaijani people, its attitude to Armenians would be separated from games of the great powers. I don’t agree with the stance of France. It seems to me that France intends to turn the Azerbaijani and Armenian peoples into a hostage of its own geopolitical games. It should be done so that justice would win a victory. In such a case, this will allow peoples to coexist peacefully. Currently, France is doing very bad things. Instead of settling the conflict peacefully, on the contrary, it instigates this. It fabricates fairy tales regarding mercenaries.

What good will it be to Azerbaijan to have little preparation and less trained heaps of people from Syria? The Azerbaijani Army has a corps of officers who have been trained in Turkey’s military schools, who meet NATO standards. The patriotic spirit of the Azerbaijani youths is such that the military conscription agency can’t find free space in the registry to enlist them in the army. For some reason, the head of Russia’s foreign intelligence Sergey Naryshkin also supported the fabrication regarding mercenaries. This is an absurd idea. I think this is an attempt to present Azerbaijan as Turkey’s puppet. But this is completely false. Of course, Turkey supports Azerbaijan. This is spiritual support. Azerbaijan as a people and a state has come to the conclusion that this is important to take back these territories. Azerbaijan wanted to do this peacefully. The peaceful process lasted for a long time and bumped into a deadlock, the war started. Azerbaijan didn’t already have in store any other way out. The war was caused by the emergence of Pashinyan. The statements made by Pashinyan in Shusha, such as his ideas as Garabagh being Armenia’s territory undoubtedly led to instigation to war.

“If Azerbaijani Army liberates Hadrut, it means opening the gate of Nagorno Garabagh”

– In your opinion, what does humanitarian ceasefire reached in Moscow serve for or should serve?

– I think that ceasefire declared between Azerbaijan and Armenia should lead to the liberation of occupied Azerbaijani lands or the war will be restored again. Showing its superiority and patriotic spirit on the battlefield, the Azerbaijani Army will move forward and liberate its lands, blood will flow instead of water. Look, if Azerbaijani Army liberated Hadrut it is a gate of Garabagh. If the heroes of Azerbaijan took Hadrut, I think that it will be very difficult for those who defend Garabagh with weapon power. In my opinion, if it is so, then the positions of the parties in the negotiations are not already equal. I consider that currently, stopping attacks by the Azerbaijani side is an act of mercy in the attitude to the Armenian army. I see everyday footages on the internet which reflect that Azerbaijan’s drones destroy artillery and other positions of the opposite side. We are talking about the loss of not tens, hundreds, but thousands of the other side. In my opinion, this war should be stopped and the lands should be returned to Azerbaijan.

The rights of Nagorno Garabagh Armenians should be guaranteed. After that only a peace agreement should be signed between the states. Pashinyan should give up his foolish statements. I am sure that there is a path to peace. If someone does not want peace, then he always receives a war, there is no other way. We do not want war, we do not want the blood of Azerbaijanis and Armenians to be shed. We do not want hundreds of thousands of Armenians in Russia to be recruited and sent to war. I know that Azerbaijanis who are Russian citizens also wanted to go to combats. However, Azerbaijan immediately prevented it. Azerbaijan stated that its Army is ready for war.  In the 21st century, conflicts cannot be resolved by force. However, the truth is on the side of Azerbaijan.

– Rocket attack on Azerbaijan has been carried out from Armenia’s Vardenis region. Do you think that Azerbaijan has no right to respond to this provocation?

-Those shelling Gandja by Armenia are military criminals. Sooner or later they will be judged. Just as the murderers of Khojali, perpetrators of the Khojali genocide should also be judged. The war is fair for Azerbaijan.

It is a conceptual war. On one side there is multinational Azerbaijan, where Oghuz Turks, Talysh, Lezgins, Avars, Jews, and Russians live. I am sure that we can find everyone in the Azerbaijani army, which I mentioned. On the other side, there are those who erected a monument to Garegin Nzhdeh, who considers Armenian blood the foundation of the nation. This is the essence of the war…. I think that the best revenge for the Azerbaijani army is to liberate its lands from the occupation.