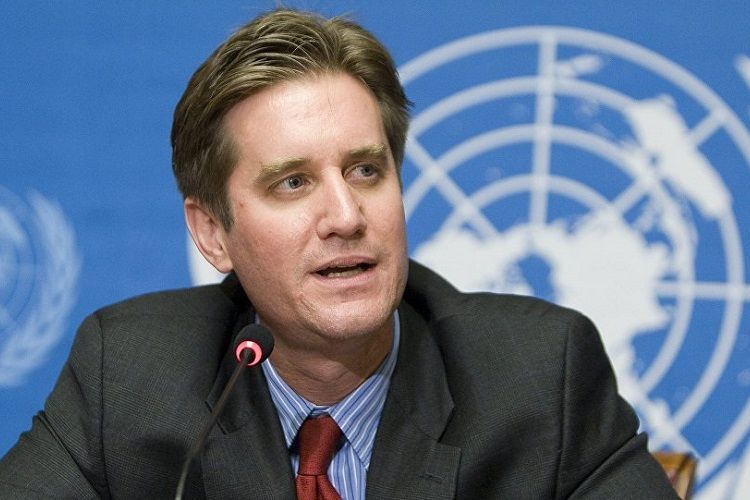 Bryza noted that in 1994, a Russian-brokered ceasefire was signed to end the Karabakh war, but now the situation is completely different. he noted that when he was the mediator at that time, there was an agreement in principle between the former president of Armenia Serzh Sargsyan, and the current president of Azerbaijan Ilham Aliyev. This was an agreement in principle but on a framework with several key factors that was a logical way forward and what the president said at the time was. However, we have some very important details we still have to finalize which have never got finalized.

"When Armenia’s new prime minister Nikol Pashinyan after the velvet revolution came into power, he was the fresh voice he had a real rapport with president Aliyev and there was optimism things were going to move forward. In fact, after their first meeting in late 2018, both leaders made a joint announcement saying we need to prepare our people for peace. but in the subsequent year, I think prime minister Pashinyan has been under terrible political pressure at home unable to consolidate his velvet revolution and he’s reversed himself and says he no longer favors those principles preliminarily agreed.

I think Azerbaijan is frustrated and who shot first will never know but I think that both sides had been moving heavy weapons and armored vehicles toward this line of contact.  For the last few weeks and a fuse was lit and we are where we are now and it’s it is far from peace and I think the fighting’s going to continue until either Armenia stops Azerbaijan’s operations or Azerbaijan consolidates the positions it’s gained so far.

Traditionally, the United States has had a lot of interest in what happens in the South Caucasus and particularly in the Nagorno-Karabakh conflict for a lot of reasons. Besides strictly not wanting to see loss of life, I mean there’s a strategic infrastructure that passes from Azerbaijan, near Nagorno-Karabakh into Turkey and onward to Europe. This is energy, oil and gas pipelines, driven largely by BP, by the way, it is rail transport, road transport; it’s an air corridor that the U.S relied on during the war in Afghanistan and their fiber optic cables.

I’m so that there are interests at play, but this time around the Trump Administration has not been focusing on this conflict, neither did the Obama Administration. Frankly, I think the high point of focus was in the George W. Bush Administration, so that’s the point of that op-ed. You’re so kind to cite, if the U.S is not there to participate there’s a vacuum the Minsk group, which is co-led by the United States, Russia, and France – can’t really do a lot,I think if the U.S isn’t really engaged, so de-facto you’ve got Russia that’s supporting Armenia, and you’ve got Turkey that has long supported Azerbaijan under the motto, “We are one nation and two states,” said Bryza