Minister: "Status-quo had to be changed, Armenia was not pressed for it" 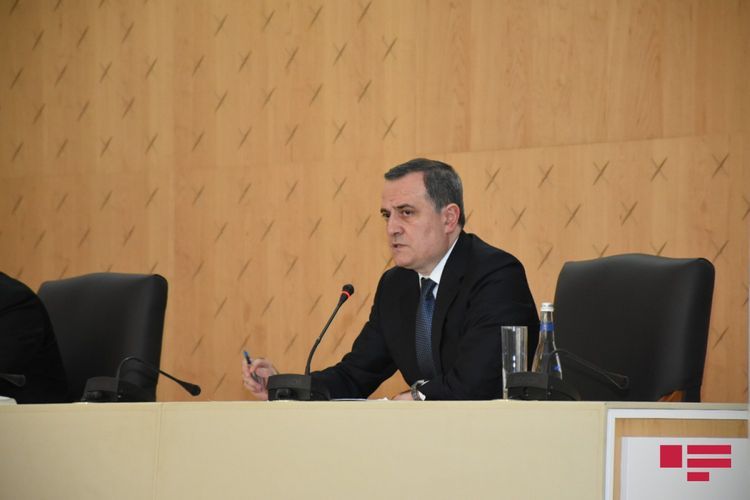 "A statement of the Ministerial Conference of the Non-Aligned Movement, which is the second greatest organization after the UN, was adopted yesterday", said Minister of Foreign Affairs Jeyhun Bayramov at the briefing held today, APA reports.

J. Bayramov said that Armenia's provocation has been condemned in the statement, Azerbaijan's territorial integrity has been supported by the member states: "It is a message to the aggressor."

Minister noted that he had a meeting with Minsk Group Co-chairs in Geneva before Moscow meeting: "Status-quo had to be changed and Armenia was not pressed for it. It was clarified during negotiations with Co-Chairs that they also understand it. It is necessary for Armenia. Armenia does not have a development perspective until the conflict is not resolved. Operations conducted during 10 days paves the way for fast improvement of the processes in several directions.

Foreign Minister noted that we have great purpose and targets ahead: "We should take systematic measures by using all our opportunities to achieve it."