Next meeting on resolution of Nagorno Karabakh conflict starts in Geneva 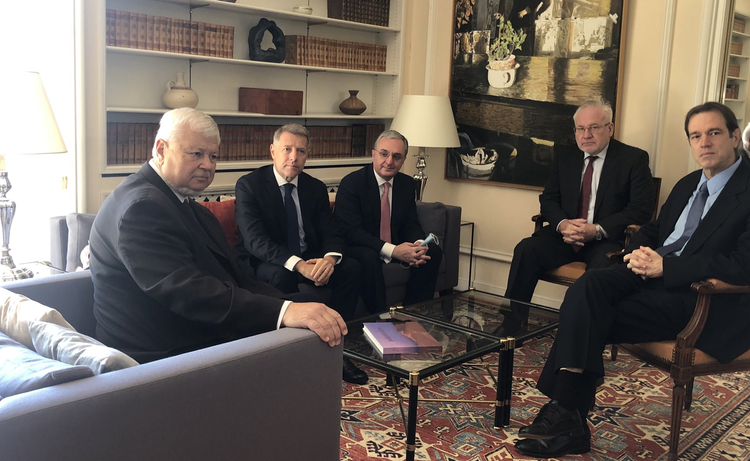 Next meeting on the resolution of Nagorno Garabagh conflict is held in Geneva today, APA reports.

Press secretary of Armenia’s Ministry of Foreign Affairs (MFA) Anna Naghdalyan wrote on Twitter in this regard.

Personal Representative of the OSCE Chairperson-in-Office Andrzej Kasprzyk also participates at the meeting.

Co-Chairs and A. Kasprzyk will also meet with Minister of Foreign Affairs of Azerbaijan Jeyhun Bayramov.