OSCE PA President: "Nagorno Garabagh conflict which painful for Europe, should be resolved” 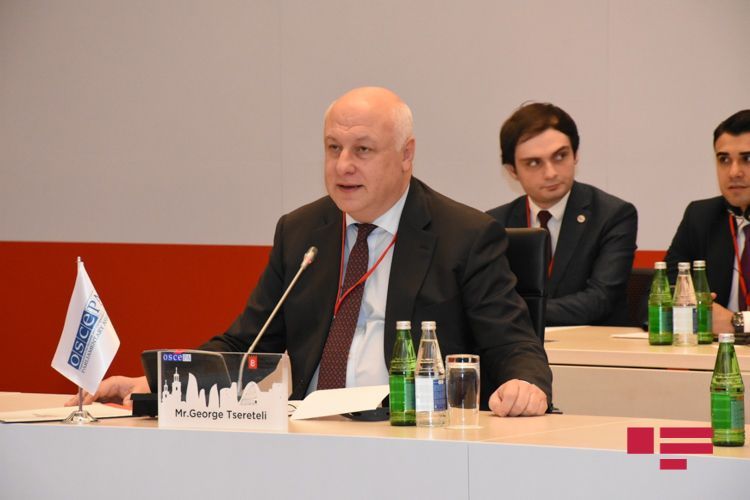 "OSCE has great potential in resolving the Nagorno Garabagh conflict, but of course the political leaders should express their will," said Giorgi Tsereteli, President of the Parliamentary Assembly of the Organization for Security and Co-operation in Europe (OSCE PA), while answering the question of APA's Georgia bureau.

He emphasized that discussions and meetings between political leaders, aimed at resolution of the conflict, are of great importance and meet the interests of Southern Caucasus peoples, first of all.

“We discussed with the head of Azerbaijani MFA current events - upcoming snap elections, the participation of Azerbaijan in OSCE, reform process at the meeting of the OSCE Foreign Ministers' Council. Coming to the meeting of Azerbaijani and Armenian leaders, as well as heads of MFA, I think that these meetings should always be welcomed. Because there should be more mutual understanding for the resolution of conflict and this is means for peaceful settlement of the conflict. I think that the conflict which appeared decades ago and is painful for all Europe should be resolved, First of all, South Caucasus peoples, Azerbaijan and Armenia are interested in the settlement of the conflict. These meetings have value and I am completely sure that this context is crucial,” President of PA stated.