Pashinyan once again was in desperate situation before BBC's journalist 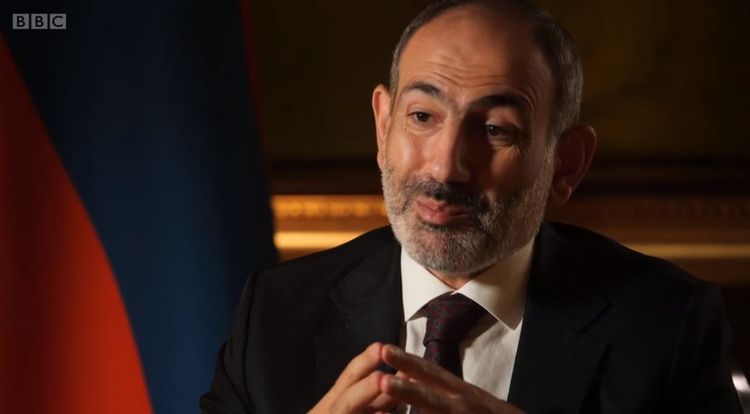 Pashinyan once again voiced provocative statements by saying "Karabakh is Armenia, its Armenian's land. More than 80 percent of the population is Armenian. The problem is that Azerbaijan does not want Armenians to live there. Therefore, it is attacking Nagorno-Karabakh."

Interestingly, the Armenian Prime Minister said after the statement that "we are ready for compromise."

Answering the question of "Under current international law Armenia has been illegally occupying Nagorno Karabakh and adjacent areas for more than 25 years… Look at international law. UN resolutions" by journalist, Pashinyan said: "Many people, unfortunately, cite the UN resolutions without reading. They're not saying Armenia occupied anything."

Journalist Yohan Fisher says "But there is said it should belong to Azerbaijan, it is in the resolution…" Pashinyan cant answer him just says Nagorno Karabakh faces thread.

When the BBC journalist asks "So it means its clear that in your discussion with the president Putin of the last week here is reaffirmed commitment if Armenian territory is hit Armenia will get Russian military support," Pashinyan leaves unanswered and begins to manipulate around the question of a journalist.