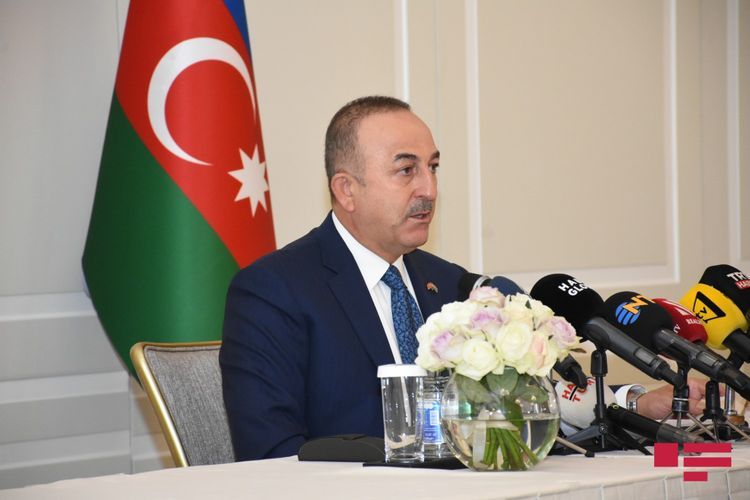 "We know that President Ilham Aliyev gave the necessary instructions for the organization of governance in the liberated lands and signed the necessary decrees. We also know that it is hard work," said Minister of the Foreign Affairs of Turkey Mevlut Cavusoglu at the press conference in Baku today, APA reports.

The Minister said that there are destructions and base problems in these areas: "But follow Ilham Aliyev's speeches. He will do what is necessary for the service of the people and in the management as soon as possible. Azerbaijan has this power. From this point of view, his statements about the Armenians living there are very satisfactory. I'm not talking about the recent arrival of foreign terrorists and people illegally placed here from other countries. We also have Armenian citizens. I do not mean those who came to work, I am talking about our Armenian citizens who have lived in Turkey for hundreds of years. That is, they said that they would do whatever is necessary for the Armenians who have lived in those areas for many years to return to those areas and live there. This is what the Turks deserve."