President Ilham Aliyev: All the activities of Armenia's new leadership are aimed at disrupting the negotiations 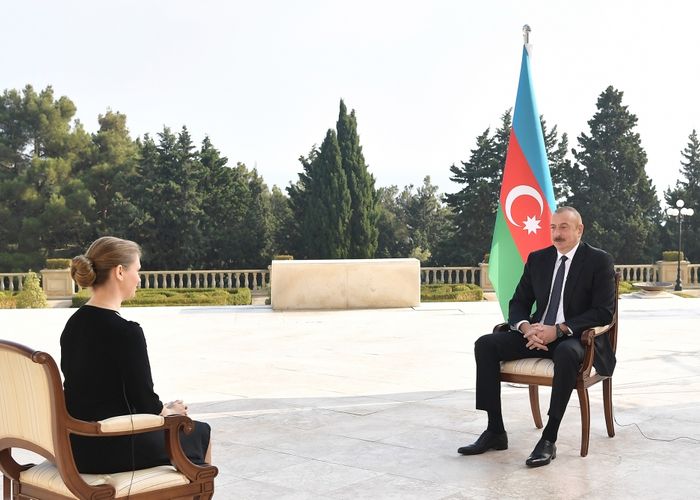 "It is not our fault that the situation is still in the hot phase. I have repeatedly said that Azerbaijan is committed to the principles of settlement. These principles have been developed over the many years of negotiations. I have confirmed in my speeches and in recent contacts with the media that if Armenia acts constructively in the process of negotiations, we are ready to suspend military operations as early as tomorrow," President Ilham Aliyev said in an interview with Russia's TASS news agency in response to a question about the ceasefire, APA reports.

"However, the statements we have been hearing from Yerevan completely contradict the fundamental principles developed by the OSCE Minsk Group. The Armenian leadership has recently made very dangerous statements that effectively refute the fundamental principles. In principle, all the activities of Armenia's new leadership are aimed at disrupting the process of negotiations. Not to undermine this process, but to disrupt it. I have already talked about their numerous statements, provocative actions and attacks on Azerbaijan's civilian population. Therefore, if the Armenian side finally understands that the path of military provocations leads them to disaster, we are ready to suspend military operations and resolve the issue at the negotiating table," President Ilham Aliyev added.