President Ilham Aliyev: "Azerbaijani people will not forget this injustice" 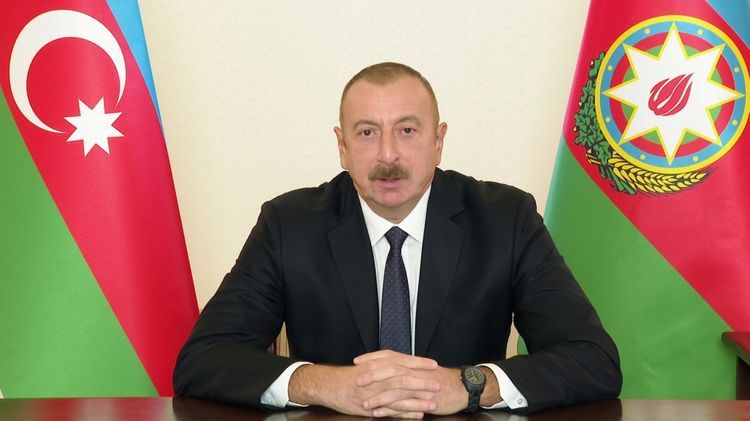 "The world is not as it was previously, a factor of force dominates. Now look, do the great states adhere to international law? No. Do they observe the UN Security Council? No. They do what they want, all are in their own places, own sides, one of them entered there, another entered here, one is dividing some territory. There is not any sign of international law. Why do we have to defend it then? However, we do not take any measures away from international law. We do not enter Armenian territory, we are restoring our own territories, which have been and are recognized by the international union", said President Ilham Aliyev in his address to the nation on October 26, APA reports.

The head of the state said that if permanent members of the UN Security Council, co-chairs of the OSCE Minsk group were not able to do this, let them step aside, let them not hinder.

“Unlike Armenia, we do not want help from anyone. Let them not hinder and not to try Azerbaijani people’s patience. The war will end and we will achieve what we want. And how will our relations be? Will Azerbaijani people forget this injustice? Will not forget. Let them think about it. Azerbaijan is no longer a state that its interests can be put aside. No. A day will come, they will come with requests, suggestions, cooperation proposals. How will they look at our face?” said the President.