President Ilham Aliyev: "Enemy runs away and will run away from us because we are righteous, we are strong" 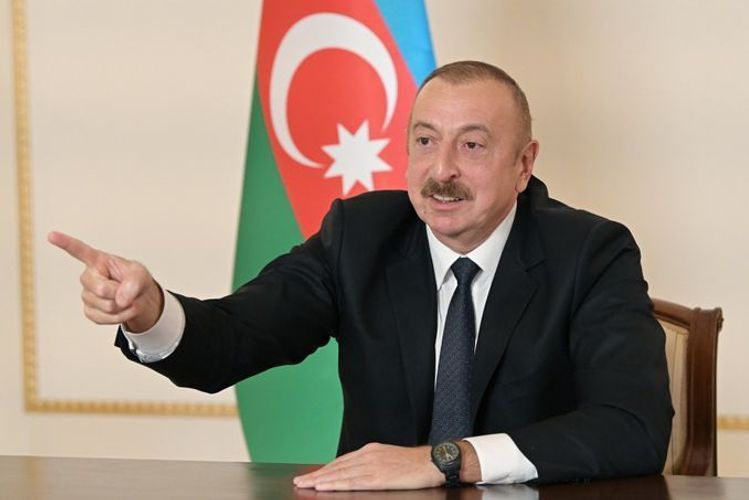 "The resolutions adopted in 1993 say the Armenian armed forces should be withdrawn from our lands. But it seems they wish these documents to remain in shadow or to become invalid and to lose its significance. This was the goal. We saw again the attempt to provide support to the occupant. But this didn’t pass. The member countries of the Non-Aligned Movement mannishly didn’t allow for this. They provided support to us", President Ilham Aliyev said in his address to the nation on 26 October, APA reports.

The head of our state expressing his gratitude to the member countries of the Non-Aligned Movement for the manliness showed by them said: “I thank them, despite the fact that the pressure was put on them, may be there were also threats. But they stood behind us as tough guys, the same way as we stood behind them. This shows that it will not pass. My dear brother, the President of the Republic of Turkey has repeatedly said the world is greater than five. He is completely right. Look, this voting showed it. They united, put forward the document meeting Armenia’s interests, but it didn’t pass. Because there is justice. No matter how much they disrupt this justice, how many times they bash this justice against the ground, justice still exists. Justice and international law are on our side. Therefore we will continue our way”.

The President of Azerbaijan noted that if they wish to ceasefire, then they should tell the occupant country to go away, to withdraw. “Otherwise we will go till the end, we will go till the end, till the finish. We will also chase the enemy away from now in the same way as we are chasing away, the same way as they are running away and will run away from us. Because we are rightful and we are strong”, President Ilham Aliyev stressed.