President Ilham Aliyev: There is not a word about the status of Nagorno-Karabakh in the statement 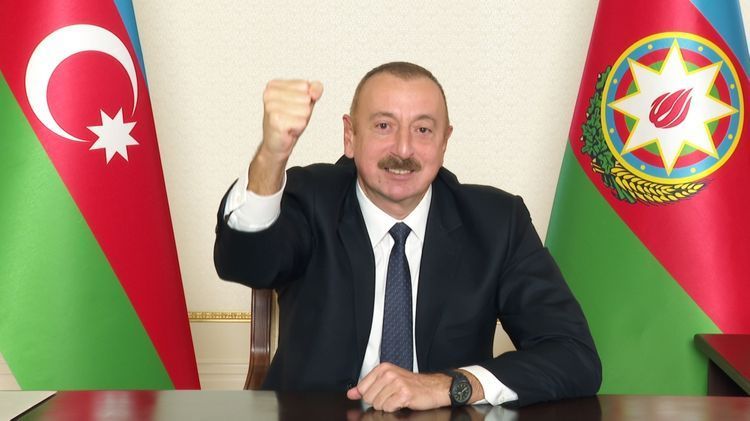 "I would also like to point out one issue to inform the dear people. You probably noticed that this statement contains not a word about the status of Nagorno-Karabakh. Where are the demands of the Armenian side that Nagorno-Karabakh should be granted independence? And when I offered them autonomy, they did not agree with it. They said - no, this is an “independent state.” They say, they have been living as an “independent state” for many years, and must gain independence from Azerbaijan. There is not a word about this, Pashinyan. What happened? I think this expression is “What then happened, Pashinyan? " will sound for many more years. What happened Pashinyan, did you pave the way to Dzhabrail? You danced, and what happened to the status? To hell with the status, the status has gone to the grave, the status has disappeared, it is gone, and will not be until I will be president," President, Supreme Commander-in-Chief Ilham Aliyev stated this in his address to the people, APA reports.

“Therefore, this document is of great importance. I am sure that the Azerbaijani people will pay great attention to this document and read it carefully and see what a great political victory we have won, ”the head of state said.