President Ilham Aliyev: We must be satisfied with the timetable for Armenia's withdrawal from Karabakh 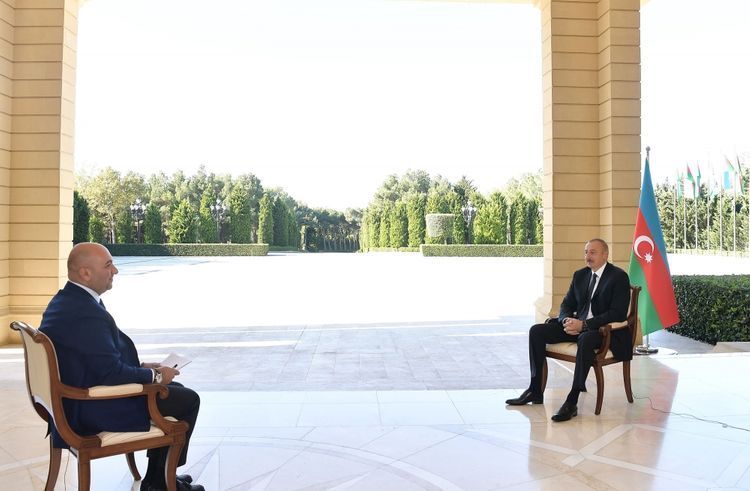 “Given the situation, we have slightly softened our position. But this does not mean that there will be no timetable. There will be one. When? This will be established during the discussions,” President Ilham Aliyev said in an interview with Haber Turk TV channel speaking about the Moscow agreement, APA reports.

“It was indicated in the statement that the discussions would be resumed on the basis of the fundamental principles, i.e. the Madrid principles, which confirm the return of our occupied lands to Azerbaijan. At the same time, the format of negotiations remains unchanged. In particular, negotiations will be held between Armenia and Azerbaijan. The participation of any representative of the so-called “Nagorno-Karabakh republic” in these talks is not negotiable. We are satisfied with that. Our expectation was that negotiations should start immediately and the timetable should be presented to us within these negotiations. We must be satisfied with this timetable. In other words, it cannot be a long process,” the President added.