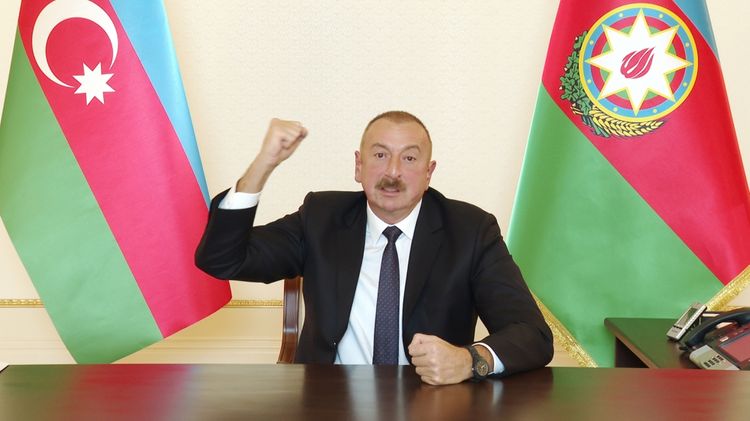 “Today, the city of Jabrayil and nine villages of Jabrayil district have been liberated from occupation. I heartily congratulate all the people of Azerbaijan on this historic event. I sincerely congratulate all our soldiers and officers who took an active part in the liberation of Jabrayil District and other occupied territories. As a result of their heroism and courage, our native lands have returned to us today. May Allah rest all our martyrs who died in these bloody battles in peace. May Allah sending healing to our wounded soldiers. After many years, the city of Jabrayil has been liberated. Jabrayil is ours!” said President of the Republic of Azerbaijan, Commander-in-Chief of the Armed Forces Ilham Aliyev in his address to the nation, APA reports.