President Ilham Aliyev: "Armenia gets weapons free of charge, we pay for them" 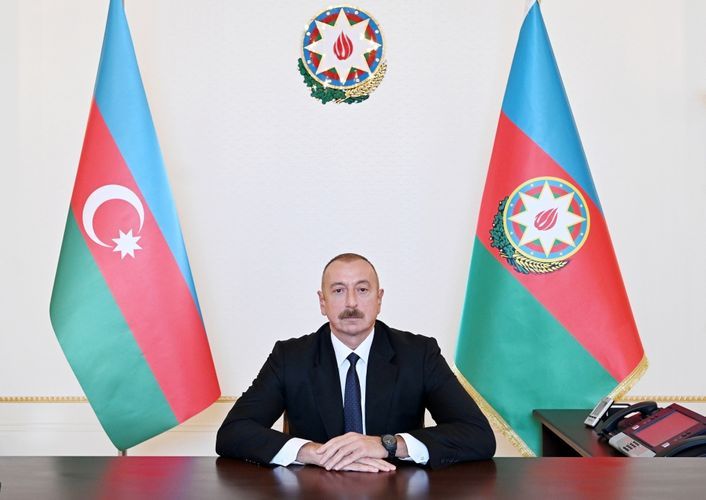 "Turkey for us is a strong ally, partner and brotherly country, and of course the statements expressed their position and we are very grateful to Turkish government, to Turkish President, Turkish people for this support. But Turkey in no other way is involved in this conflict," said Azerbaijani President Ilham Aliyev during an interview with  Euronews TV on October 7, APA reports.

"Armenia bringing such fake news to the media wants to diminish the capacity of Azerbaijani army. We are fighting ourselves. Yes, we purchased weapons from Turkey, but not only. Our main supplier of weapons is not Turkey. And probably everybody knows about that. So, the fact that we buy modern Turkish equipment including the fighter drones should not be a problem for anyone. Because Armenia gets weapons free of charge. We pay for them and Armenia gets free of charge. Turkey in no other way is involved in the conflict," noted the head of the state.