President Ilham Aliyev: "Everything is going according to plan" 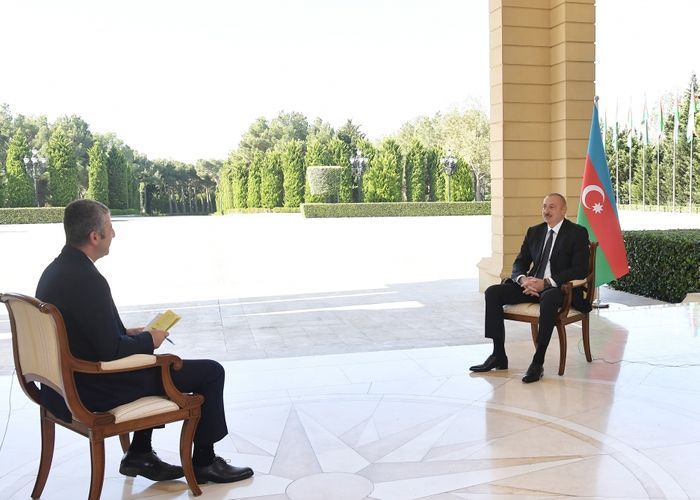 "Everything is going according to plan. The Azerbaijani army is restoring the territorial integrity of the country these days. The operation continues successfully. One city and many villages have already been liberated from the occupation. This once again proves that the Azerbaijani people will never put up with the occupation. We have repeatedly said this: Karabakh is our historical and ancestral land! Unfortunately, the negotiations held for a long time did not lead to any results. Therefore, of course, Azerbaijan had to restore its territorial integrity on its own and is doing exactly that," President of the Republic of Azerbaijan Ilham Aliyev has said in an interview to CNN-Türk television on October 7, APA reports.

"As you know, on 27 September the Armenian armed forces launched a new offensive against us. Many of our cities and villages are being shelled. Today the death toll among our civilians is about 30 people. The Armenian armed forces are shelling our cities and villages, about a thousand houses have been destroyed or seriously damaged. But everything is going according to plan, and I hope that the tasks before us will be fulfilled," the head of the state noted.