President Ilham Aliyev: "Who committed the genocide in Khojaly, their names are well known" 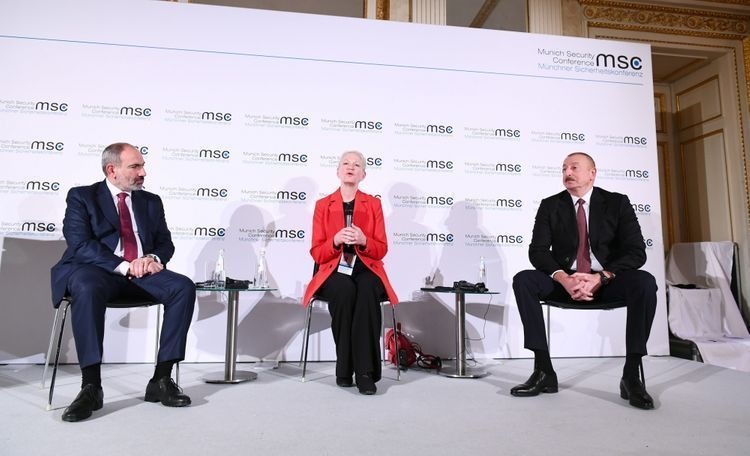 "President Ayaz Mutallibov is in good health and lives in Baku, maybe Armenian side doesn’t know it. Recently and many times he said that he never said the Khojaly genocide was organized by Azerbaijanis” said Azerbaijani President Ilham Aliyev at the panel discussions on the Armenia-Azerbaijan Nagorno-Karabakh conflict held as part of the Munich Security Conference, Assistant to the President of the Republic of Azerbaijan Hikmat Hajiyev twitted, APA reports.

"This is as it is said today is a fake news which was invented by some of Armenian journalists in Russia and that was put in Russian press but he never said that. And this is absolutely true. Who committed the genocide in Khojaly, their names are well known. Theywere local Armenians, Armenians from Armenia and Armenians from diaspora. The names of these people are well-known, and many books and international articles were published about that. Therefore, to say that Azerbaijanis themselves brutally killed 63 children, 100 women and 1000 people are still missing, is a peak of cynicism," said Azerbaijani President Mr Ilham Aliyev.